May 7, 2018 OIC Council of Foreign Ministers Forty-Fifth Session in Dhaka 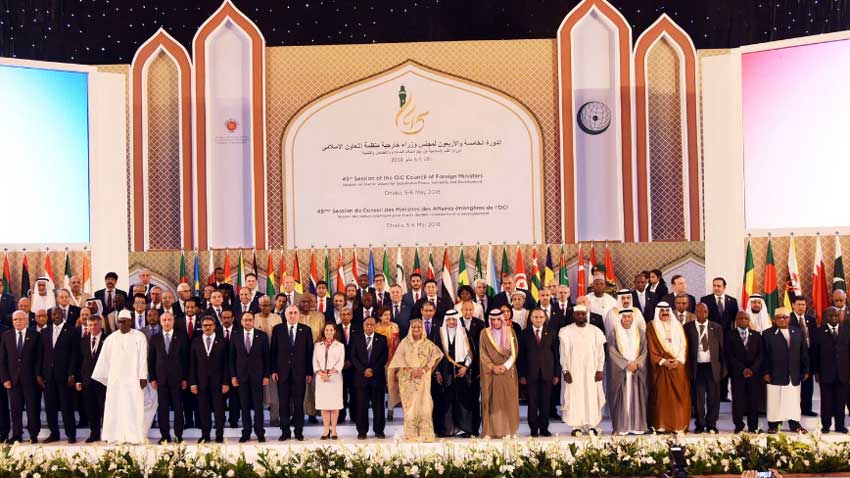 Meeting included a brainstorming session on the humanitarian situation in the Islamic world, with special emphasis on the current situation of the Rohingya minority.

Turkey’s Deputy Foreign Minister Bekir Bozdag insisted on the need to root out extremism, put an end to the Syrian Crisis, and eradicate all terrorist groups.

Senegal Foreign Minister Sidiki Kaba highlighted the recurrent of Israeli violations against the blessed Al-Aqsa Mosque, a source of great concern. He called for putting an end to the political crises in Yemen, Syria, Libya and Central Africa, and for establishing mechanisms to guarantee the non-recurrence of these violations.

Canadian Foreign Minister Chrystia Freeland, who participated in the session as Special Guest said she considered as ethnic cleansing against Rohingya Minority must be stopped.

Foreign Secretary Tehmina Janjua says without resolving disputes, the dreams of economic growth and stability in the region and beyond will remain unfulfilled.

In her speech at the 45th session OIC Council of Foreign Ministers in Dhaka, Bangladesh with the theme “Islamic values for sustainable peace, solidarity and development”, Tehmina Janjua reiterated Pakistan’s commitment to continue efforts to achieve this goal.

Tehmina Janjua emphasized that OIC fraternity must redouble its efforts to coordinate more closely and reach out to important constituencies in the Western world to halt the negative developments that are aimed at defaming our religion.