May 7, 2018 Saudis Project "Quality of Life Program 2020" For Cultural Revolution 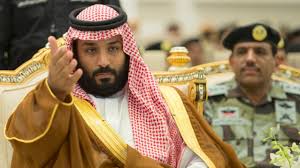 Saudi Arab Project “Quality of Life Program 2020″, For Cultural Revolution: Saudi Arab under the Council of Economic and Development Affairs (CEDA) has kicked off an initiative to invest 130 billion riyals ($34.7 billion, 29 billion euros) in culture and leisure by 2020. Saudi Arabia has launched an ambitious drive to become a culture and entertainment hub as part of extensive modernization plans.

The government will pump 50.9 billion riyals into this Cultural Revolution, while courting private investors and foreign partners for the rest of the investment.

The goal is to create “a true cultural industry, with theatres, cinemas and training centres,” said Ahmad al-Mazid, who leads culture policy for Saudi Arabia.

The investment program feeds into a drive-by powerful Crown Prince Mohammed bin Salman to modernize his homeland, both in terms of liberalizing Saudi society and reducing the economy’s overwhelming dependence on oil.

The initiative aims to create 300,000 new jobs and represents a key pillar of the nation’s “Vision 2030” reforms.

The project key areas include

The overarching goal of the #Quality of #Life Program 2020 is to include at least three Saudi cities in the list of the top 100 cities in the world to live in by 2030. This program pursues to the improvement of the lifestyle of citizens and residents throughout Saudi Arabia in general, through the development of different lifestyles, improvement of infrastructure, and the expansion of various sectors concern the wellbeing of citizens.

The project, dubbed “Quality of Life Program 2020,” is in part designed to encourage wealthy young citizens to spend more of their leisure time in the kingdom, where more than half the population is below the age of 25.

The program aims to provide 492 suitable places for sport as well as increasing the utilization of sports facilities from 8% to 55%. It also aims to contribute to the distinction of Saudi sport globally, initiatively, by preparing number of elite athletes in the Kingdom and improve their performance to participate effectively in the Olympic Games.

American film star Katie Holmes and British actor-cum-director Idris Elba interacted with Saudi officials. “Saudi Arabia gave me an opportunity to make my film here, it made sense on an economical model,” British actor Elba, who made his name as a gangster in the determined American police series The Wire, told AFP at the event.

The project aims to promotes the Kingdom’s contribution to arts and culture throughout the elevation and development of seven cultural and artistic fields (visual arts, performing arts, film-making, poetry, design and national heritage).