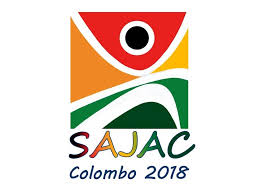 All the member countries of South Asian Athletics Federation (SAAF) are participating in the mega event. Pakistan team comprises of eight male athletes, four female athletes and three coaches/team officials to represent the country in the seven-nation championship.

The Athletics Federation of Pakistan were expecting good show from our junior athletes. List of participating athletes:

However, Pakistani athletes produced a dwindling performance in the two-day South Asian Junior Athletic Championship 2018 held at Sugathadasa Stadium in Colombo on May 5th & May 6th .

India At The Top

According to the final medal tally, India topped the table with 20 gold medals, 22 silver and eight bronze medals.

Host Sri Lanka bagged rest of the 12 gold medals of the competition along with ten silver and 19 bronze medals and came second.

Pakistan stood 3rd on the point table, with one silver and one bronze medal. Pakistan picked up the silver medal in men 4x100m relay and a bronze medal in the men 4x400m relay.

Despite the team’s below-par performance, athletes drew praise from denizens for making to the championship.

Media sources have praised Pakistani team by stating that It is not just about winning or losing. To have reached stage of representing #Pakistan is in itself a shining story of courage, commitment & hard work.

Well ran young Abdul Mueed Baloch and Ahmed Hamza!!! The athletes will return to Pakistan on May 8th.