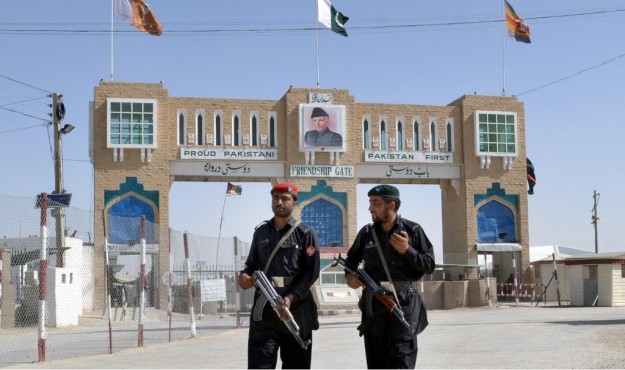 Pak-Afghan Chaman border remains closed for second consecutive day: The Pakistan-Afghanistan Chaman border remained closed for the second consecutive day on Saturday, after Afghan forces opened fire on Frontier Corps Balochistan soldiers a day earlier killing at least 11 and injuring several others.
19 Provincial Disaster Management Authority (PDMA) trucks reached the site to aid those affected by the attack.
Border to remain open at Torkham
The Pak-Afghan border will remain open in Torkham in Khyber Agency on Saturday. Trade and other activities will continue as per routine.
On Friday, the Torkham border was closed for an indefinite period after 11 were martyred and 46 injured early Friday as a result of firing from Afghan border forces.
The Afghan border forces opened fire on Frontier Corps Balochistan soldiers deployed for security of census team near the Chaman border.
Earlier, the Inter-Services Public Relations statement said one civilian was martyred and at least 18 injured in the cross-border firing and shelling. The injured included four FC soldiers who were on security duty of the population census team.
Earlier in the day, Deputy Medical Superintendent at Civil Hospital Dr Akhtar confirmed nine civilians had died and 42 had been injured as a result of the firing and shelling.