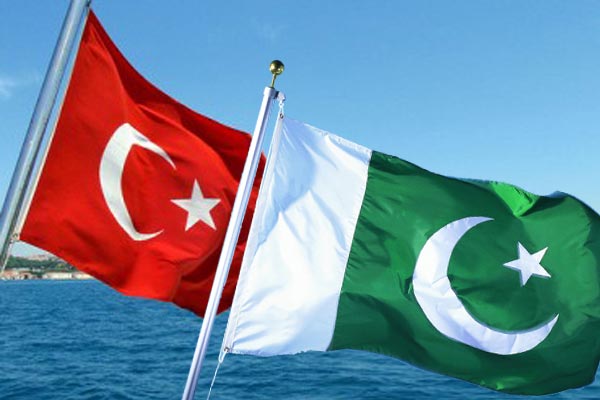 In a message received here, the bilateral cooperation would benefit both sides in learning from each other’s experiences and best practices.

Turkish side also offered to explore more opportunities for increasing the number of Pakistani students to study in Turkey on scholarship.

Pir Amin congratulated Prof. Dr Ali Erbas on his appointment as the President of Turkish Diyanet. Referring to the deep-rooted and brotherly Pakistan-Turkey ties, the minister said these relations are anchored firmly in common faith and shared history.

He hoped that both countries would work together for the common causes of the Muslim Ummah.

The Minister also appreciated Turkey’s role as OIC Chair in raising voice for the plight of Muslims of Kashmir, Palestine and Mayanmar.

Dr Ali Erbas said the abiding ties of brotherhood between Turkey and Pakistan are deeply entrenched in history.

He emphasized that Turkey will not forget the support given by the people of Pakistan to the people of Turkey during the War of Independence. Diyanet President said that Pakistan has a special place in the hearts of all Turks.

He expressed his deep thanks for the invitation, and said it would be a privilege for him to attend the Conference and interact with Pakistani and international scholars during one of his first visits abroad after assuming office.

Ambassador of Pakistan Syrus Qazi attended the meeting, held at the Diyanet office in Ankara. Diyanet’s senior officials were also present in the meeting.