Parineeti Chopra Wants To Work With Fawad Khan: Bollywood actor Parineeti Chopra said that she wished she could work with Pakistani actor Fawad Khan, according to an Indian publication. The actress was speaking at a promotion event for her latest film ‘Namaste England’. During these promotions, Chopra and her co-star from Namaste England Arjun Kapoor have been quite vocal about certain issues be it India’s #MeToo Movement or even about the ban on Pakistani artistes. In a recent interview, Parineeti and Arjun were asked about the presence of Pakistani singers like Atif Aslam and Rahat Fateh Ali Khan in the soundtrack of Namaste England and how there have some people who have a problem with it.

Arjun told Bollywood Hungama that they both were the apt choice for the song and it’s not that they took away somebody else’s opportunity. He said, “I don’t think the audience is ever going to judge a song based on the nationality of the singer.

That is the beauty of India. We are an open-minded country.” He further added that because both the singers could quite ably sing high pitch songs they were selected for the soundtrack of the movie. Parineeti was then asked about her opinion on the ban on Pakistani artists and that she has worked with Ali Fazal in Kill Dil. She said, “When you meet us, you will never know Ali is from a different country till he tells you that.

Everybody is just normal. We are all actually the same. We are a country who were one before we were divided. So obviously people are the same. I don’t think there’s anybody else who is coming up and eating our current work.

There are so many make-up artistes, hair-stylists that we work with who’ve come from South Africa, they’ve come from London. Our own DOP of our film was from Greece. I think we take it in positive. There’s a fresh energy that comes in the team, they bring their own strengths. So I personally do not agree with this ban that has come. I wish I could work with Ali again, I wish I could work with Fawad. He would be a great hero in our industry, I feel. He is so loved. So, I find it so sad this is happened but at least I got the opportunity to experience it once and now through our songs with Atif sir and Rahat sir.” 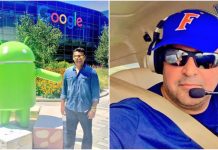