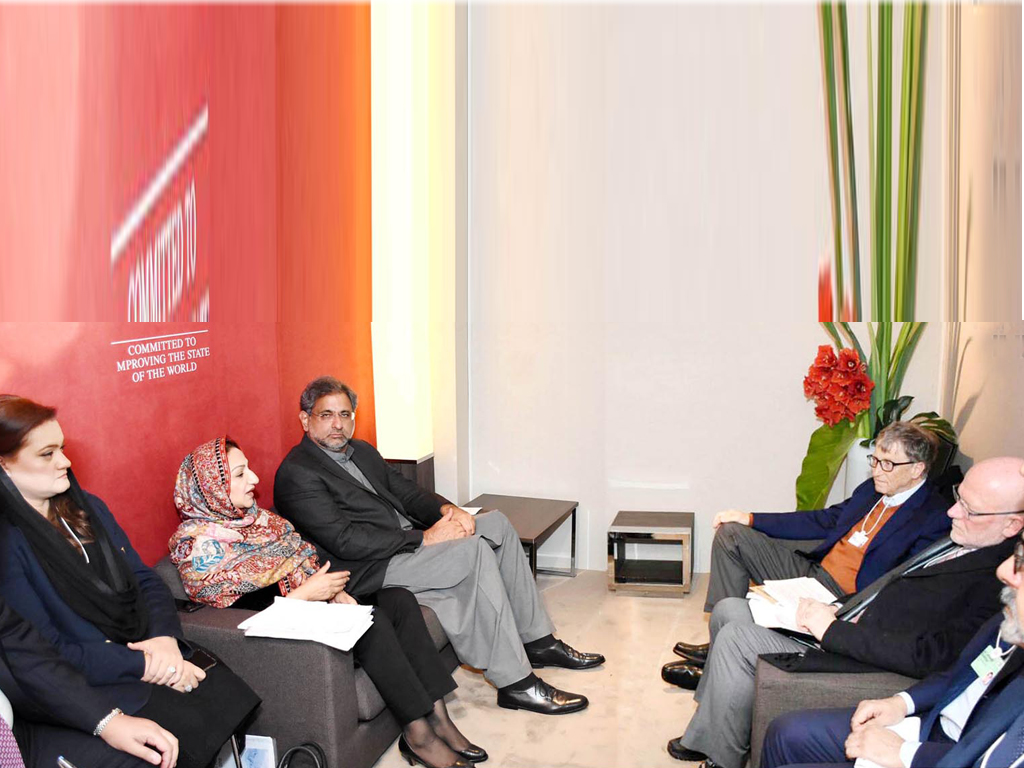 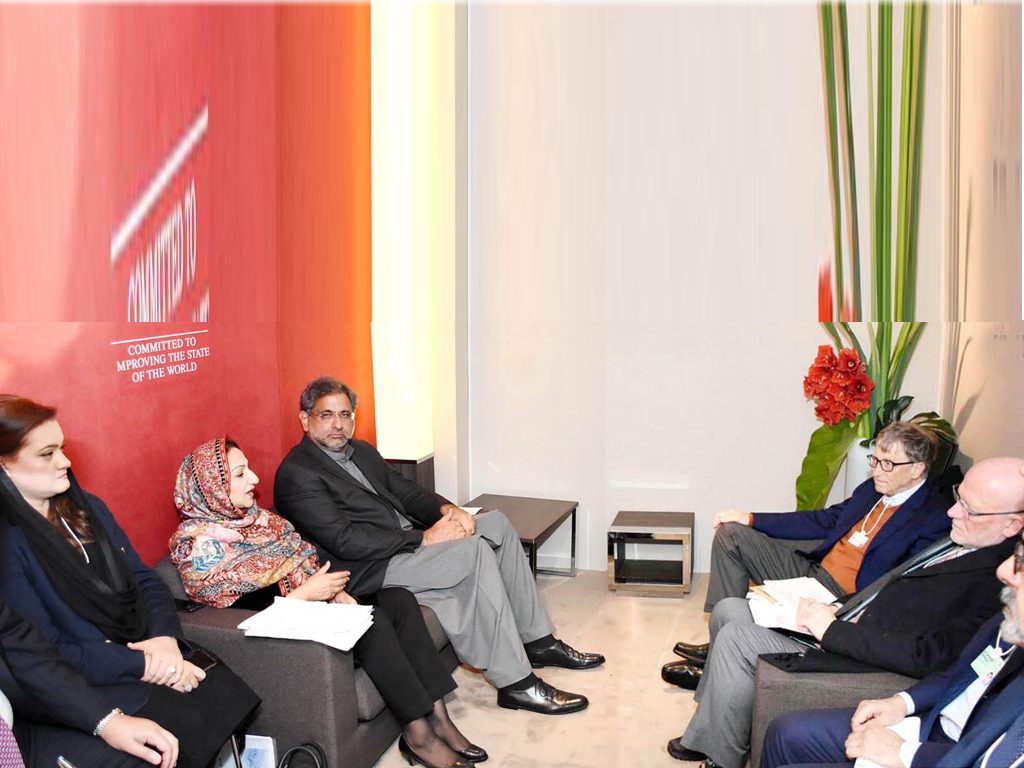 On Wednesday January 24,2018 Prime Minister Shahid Khaqan Abbasi talk about avenues of partnership in health, education and other social sectors with Bill Gates in a meeting at the World Economic Forum (WEF).

The officials thanked Gate’s foundation for their support to the country, especially for the Polio Eradication Programme. During the meeting, Small and Medium Enterprizes (SMEs) and empowerment of farmers was also discussed.

Gates appreciated progress in eliminating polio during the last 4 years, acknowledging the government’s dedication to the cause.