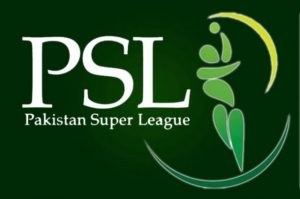 PSL Final 2018 If Not In Karachi Then Will Not Be Anywhere Else: Karachi is ready to host the upcoming Pakistan Super League (PSL) Final on 25th March 2018 at the National stadium. Pakistan Cricket Board (PCB) is making prodigious preparations to awe the audience and the world. Preparations for the March 25th final are in full swing and renovations at the Stadium are under progress. PCB Chief, Najam Sethi, last month has sent cordial invitation to the team of foreign security experts for a detailed inspection for the venue. And on a positive note, International Security Company has delivered a report to the International Cricket Council (ICC) that all PSL franchisers are ready to come to Pakistan this year.

On the other hand, Sports skeptics are claiming that final will take place in Lahore which is strictly denied by PCB Chief in his media talk on Monday on his two day visit to Karachi to finalize the arrangements. Prior to PCB Chairman Visit, it was reported that the work was not progressing as scheduled to be completed in the due time. Najam Sethi said that the work would be completed by the 15th of March. He criticized previous PCB Heads, saying they were unsuccessful and did not work for the return of international cricket to Pakistan.

A notification from the law enforcement agency has been circulated stating that all buildings, marriage halls, hotels, business centers and other offices in the area of Shahra e Faisal and Karasaz Road will be closed from 6am on March 25 to 6am March 26 to ensure foul proof security service. It also warns that if anyone is found in violating the notification’s instructions will face strict legal action.