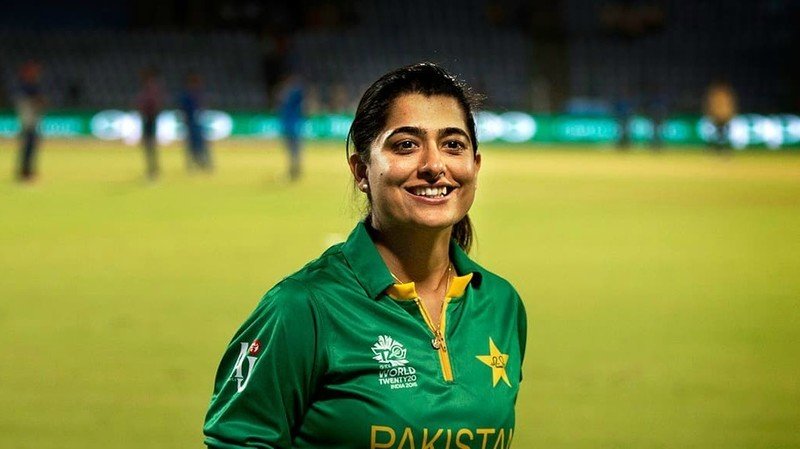 Sana Mir is the First Pakistani Woman Cricketer Achieving 100 ODI Wickets: Pakistan’s women cricket team came in to existence 20 years back. Playing first match against New Zealand in 1997, this team qualified for the Women’s Cricket World Cup in 2009. In mid-1990’s women cricketers used to get threats but with dedication and hard work they gained recognition nationally and internationally and turned the team which is hard to beat. The team has played in all four editions of the Women’s World Twenty20 to date, and also participated in the Women’s Asia Cup and the Asian Games cricket tournament.

In the galaxy of this game of cricket, Sana Mir outshined and achieved a milestone of taking 100 wickets in One Day International (ODI). She is the first Pakistani woman cricketer to hold the title and is ranked at 6th bowler in the world. She has served as a Captain of the Pakistan national women’s cricket team in ODIs and T20Is. She was announced player of the Tournament in world cup qualifier in 2008. In 2012, Sana Mir became the first Pakistani woman to play in 100 one-day international matches. Pakistan won gold medal twice in her captaincy in Asian Games 2010 and 2014.

Sana Mir is on the top in ICC ranking since last 9 years. During her Captaincy 8 players from Pakistan have made their way into the top 20 ICC rankings. The International Cricket Council (ICC) has also congratulated Mir in a tweet. According to the ICC, Mir is the 15th player to reach the milestone in the history of women cricket. She made the record during the ICC Women’s World Cup qualifying match against Bangladesh. Pakistan women team won the match by 67 runs.

Asia Society, a non-profit organization that focuses on educating the world about Asia has declared Sana Mir among 30 outstanding professionals entitled under “Asia 21 Young Leaders”.