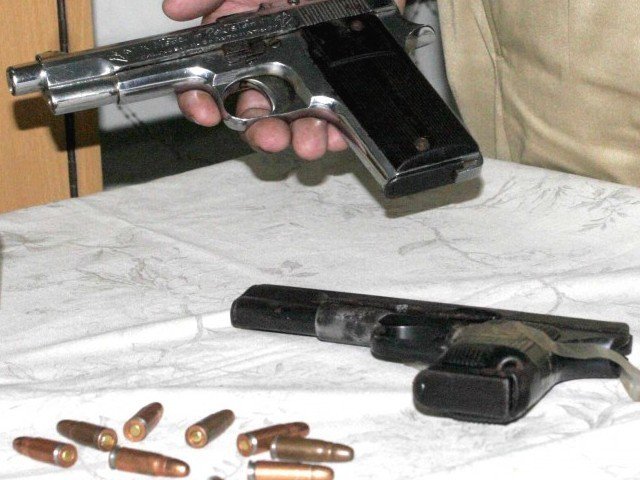 Security forces recover explosives in Khyber Agency, S Waziristan: Security forces recovered a huge cache of explosives, arms and ammunition during intelligence based operations (IBOs) in Khyber Agency and South Waziristan on Tuesday.
Forces, as part of the continuing Operation Radd-ul-Fasaad which began in February this year, recovered suicide jackets, explosive cylinders, improvised explosive devices (IEDs), anti-tank mines and detonators, the Inter-Services Public Relations (ISPR) said in a statement.
A large quantity of arms and ammunition of various calibre including sub-machine guns (SMGs), pistols of 12.7 and 14.5mm as well as rockets were recovered from an abandoned terrorist compound in village Lalejai and Weshtonai area of SWA.
Separately, according to the military’s media wing, joint search operations and IBOs were conducted by Rangers, police and intelligence agencies in different cities of Punjab, i.e. Lahore, Attock, Islamabad, Sialkot, Narowal, Shiekhupura, DG Khan, Rahimyar Khan and Rajanpur. “Suspects were apprehended along-with arms and ammo during the raids,” the statement added.