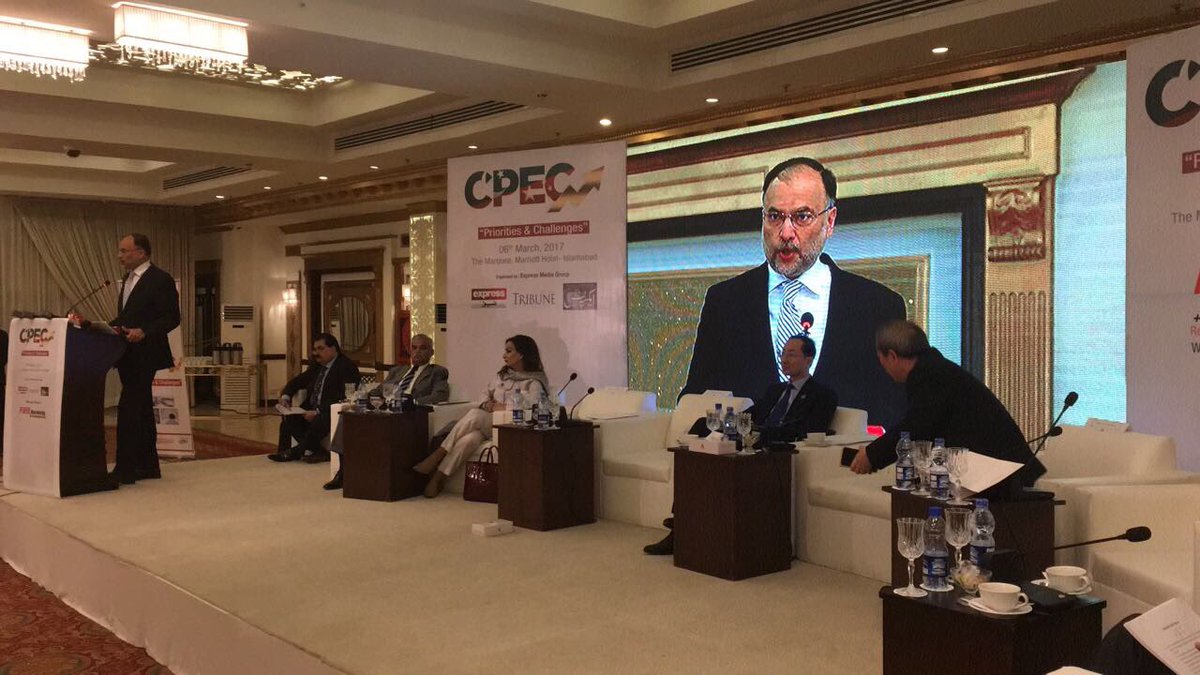 Professor Tain delivered the whole speech in quality Urdu with the crisp accent, which surprised many. He said that when our premier visited Pakistan back in 2015, he stressed that Pakistan and China should be very clear about their relation in days to come as we will be bound to each other for centuries. The professor further said that Pakistan has embarked on the path to success and will soon be seen as a country with a stable economy.

Arif Nizami also spoke on the occasion and said that Pakistan is close to China and as of now, they are our only friend in the region.  He lamented that we are not reaching to the point which could be considered adequate while measuring our progress. He said, “CPEC is a long term plan which will bring prosperity to our country, but we should be patient.”

Consulate general of the People’s Republic of China his Excellency, Laung Ding while addressing the audience said that it is a great pleasure to attend this seminar on behalf of China in Lahore. He said CPEC is will boost business, which eventually, would benefit both the countries. He added that One Belt One Road (OBOR) is not just a single project, but it is a chain of infrastructures. He commended Punjab Chief Minister Shahbaz Sharif and said that he has supervised every project of CPEC in Punjab and that it is going on smoothly.

Pakistan People’s Party (PPP) central leader Qamar Zaman Kaira said that he is here to represent his party and leadership. “China is the peaceful nation and has never been hostile towards Pakistan”, he said.

Taking the opportunity he said that former President Asif Ali Zardari visited China more than ten times and this helped strengthen the relation between both countries. While pointing to Ahsan Iqbal he said that I sincerely acknowledge the hard work of PML-N, that they have been doing to bring economic stability to the country by initiating different projects, and CPEC is one of them.  “When questions are not answered or they are deliberately ignored by the ruling party, it brings chaos and confusion”, he said. Giving final remarks on CPEC he maintained that we should not overlook our own interests while watching too much of China’s, I am hopeful about the success of CPEC but that should not let us forget we are fighting at home.

Ahsan Iqbal used figures and facts about the CPEC while addressing the ceremony. He said that only those who are enemies of Pakistan can oppose such an opportunity which arises once in a lifetime. He further explained that a media campaign is underway, wrongly alleging that this project is more favourable to Punjab.

“More than 9.5 billion$ are allocated to Sindh alone, then the second largest share is of Balochistan and then comes Punjab. In Punjab, only a 1300 MW coal project is initiated near Sahiwal but in Sindh, it is 4000MW coal project”, the minister informed.