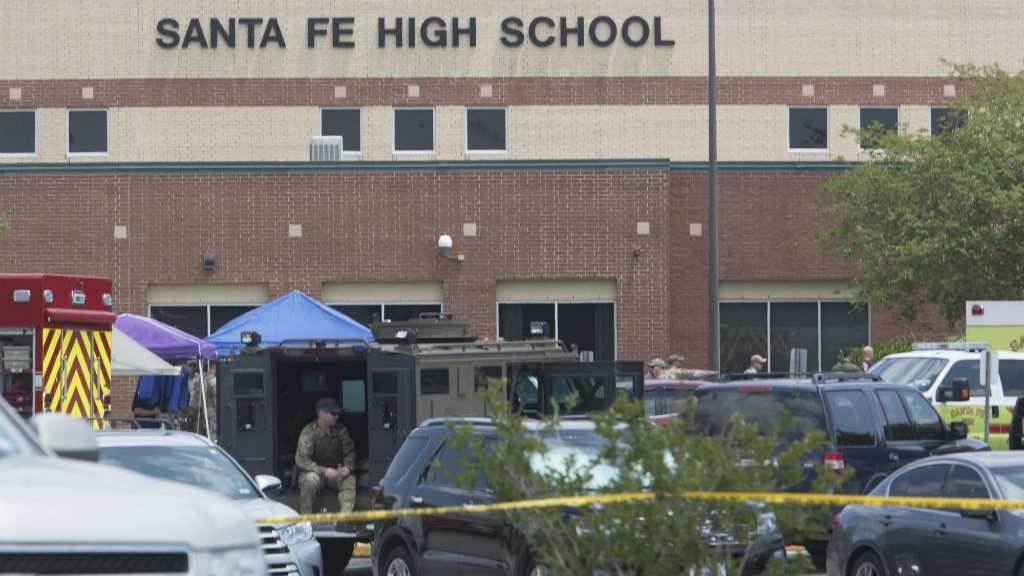 Shooting In Texas School Kills Ten People: When a student armed with a shotgun and a revolver opened fire at his Texas high school, a Pakistani student Sabika Sheikh among ten people was killed and 11 others were injured.

A Pakistani student Sabika Sheikh, studying in the US facilitated the Kennedy-Lugar Youth Exchange and Study (YES) programme, was among the deceased. She was the resident of Karachi.

The gunman, was taken into custody on murder charges, was identified as Dimitrios Pagourtzis, a 17-year-old junior at Santa Fe High School in Santa Fe, Texas.

Governor Greg Abbott said 10 people were killed and 10 wounded in what he called “one of the most heinous attacks that we have ever seen in the history of Texas schools.”

“Nothing can prepare a parent for the loss of a child,” Abbott told reporters in Santa Fe, located some 30 miles (50 kilometers) southeast of Houston.

Abbott said the gunman apparently carried out the attack with a shotgun and a .38 revolver belonging to his father, and that the weapons were legally owned.

The Houston Chronicle said Pagourtzis was armed with pipe bombs in addition to firearms when he burst into a classroom at the start of the school day.

The governor said searches were being conducted at two residences and “various explosive devices” were found including a “CO2 device” and a Molotov cocktail.

He said journal entries by the gunman suggested he wanted to commit suicide but “he gave himself up.”

Harris County Sheriff Ed Gonzalez said the “majority” of the dead were students.

The shooting was the latest in what has become an all-too-familiar situation in American schools, where gun violence has become a part of everyday life.

“I shouldn´t be going through this,” Shrader said as her mother comforted her. “It´s my school. This is my daily life. I feel scared to even go back.

It was the second mass shooting in Texas in six months.

Twenty-six people were killed in a Texas church in November 2017 by a 26-year-old Air Force veteran.