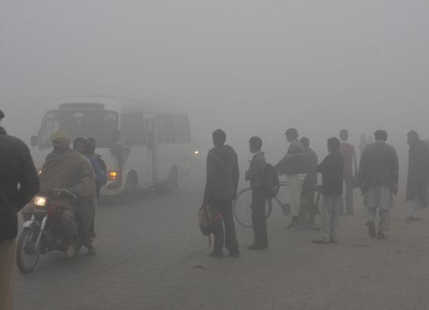 SIALKOT – Two people were killed and seven others were injured seriously in two separate fatal road accidents during smog in Sialkot district here.

One Muhammad Aslam was killed and five other persons sustained serious injuries during a head-on collision between a carry box and a truck near Jessarwala on main Daska-Sialkot Road during dense smog here today. The injured were admitted at Daska Civil Hospital here.

A motorcyclist Muhammad Idrees (18) and two others Salman and Rashid  were injured seriously in a fatal road accident between a motorcycle and a rickshaw near village Koreyki-Satrah, Daska tehsil here today. The injured were admitted at Daska Civil Hospital in critical condition.