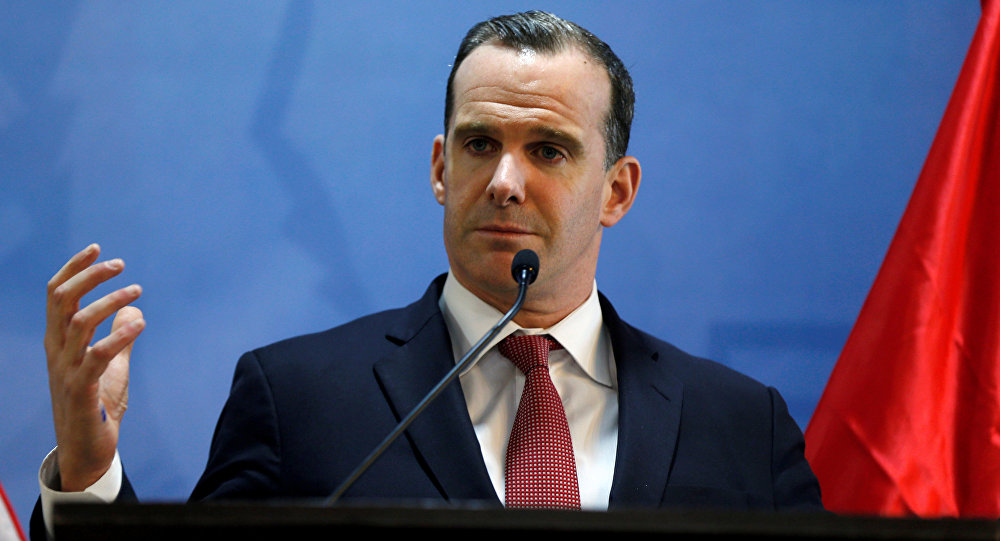 Turkey asks US envoy Brett McGurk to leave for supporting Kurds: Senior US diplomat Brett McGurk has been accused of being pro Kurd by Turkish Foreign Minister Mevlut Cavusoglu, the Turkish foreign minister further said that Mr McGurk should leave.

Mevlut Cavusoglu has said that Bret McGurk who is the US envoy to the coalition against Islamic State was supporting the YPG in Syria and the separatist PKK. The minister was in Washington with President Recep Tayyip Edogan who met with US President Donald Trump.

Tensions have reached an all time high after President Trump said that he would arm the Syrian Kurds.

Turkey has traditionally seen YPG (Popular Protection Units) as a terrorist group linked with the PKK (Kurdistan Workers Party) the PKK has been fighting inside Turkey since the 1980’s. Last week Pentagon had said that it was directly going to arm YPG fighters as they moved towards IS’s Syrian stronghold of Raqqa.

After his return to Ankara, the foreign minister of Turkey said that they have been assured that after the operation in Raqqa, the seized territory from the Jihadists will be handed to the local Arab population. But the foreign minister at this moment added that Mr McGurk is openly supporting the Kurds and “it would be beneficial” if the US special envoy left.

President Erdogan had told the Turkish media in Washington that he had informed President Trump that Turkey will hit back “without asking anyone” if Turkey came under attack from Syrian Kurds.

Erdagon’s visit was overshadowed by violence which took place outside the Turkish ambassador’s home. The Washington Police in Washington said the clash “appeared to be a brutal attack on peaceful protesters” and video footage of the attack showed men in suits charging at protestors.