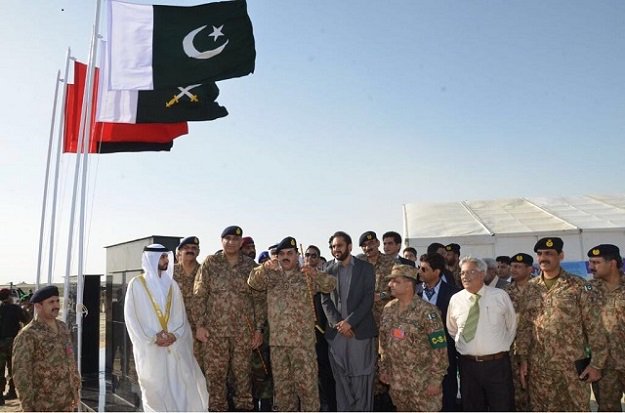 This plant will be completed in the estimated time of 6 to 8 months and will help resolve the scarcity of clean drinking water in the area. Residents of the area currently have to fetch water from far-off areas. It is a great effort in overcoming the water crisis issue of Gwadar. The water supply from the Gwadar port would be cheaper than the water provided from the Mirani Dam in Turbat. More plants of a similar nature are in the pipeline with a will to resolve water shortage problem, this year.

Speaking on the occasion, COAS Gen. Qamar Bajwa said that Balochistan’s progress is Pakistan’s progress and the Pakistan Army will extend full support besides assisting in the socio-economic development of Balochistan. He further added that all measures in coordination with the civilian government are being taken to bring peace and prosperity in Balochistan. He also highlighted the importance of ongoing projects as part of the Khushal Balochistan programme as the potential of the province as a regional economic hub will only be realized when the people of Balochistan are best served by these projects.

Later in the evening the COAS attended the closing ceremony of the Makran Festival in connection with Baloch Cultural Day and stated that the large attendance at the festival was a sign of the improving security situation in the province.