May 15, 2018 Understanding The Rising Eating Disorders In Australia 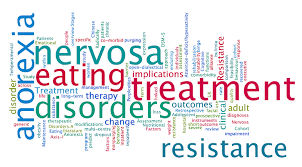 Understanding The Rising Eating Disorders In Australia: Eating disorder is a very serious ailment which is often not granted the seriousness that it demands. It is generally characterized by excessive and persistently disturbed habits related to eating.

Australians spending thousands on treatment for eating disorders has become a commonplace occurrence. The key to an easy treatment is the early recognition and diagnosis. For this purpose, the following signs should be kept in mind:

There are also several behavioral aspects relating to eating disorders, such as:

The physical aspects of eating disorders should also be kept in mind in order to recognize them:

The reason for Australians spending thousands on treatment for eating disorders is due to the widespread diseases. They are a serious, potentially life-threatening illness and can have major physical and emotional effects. The beginning of teen years and puberty is a particularly vulnerable time period for the onset of such diseases.