US Stressed for Talk between India and Pakistan-HumSub.Tv

Mar 1, 2018 US Stressed for Talk between India and Pakistan-HumSub.Tv 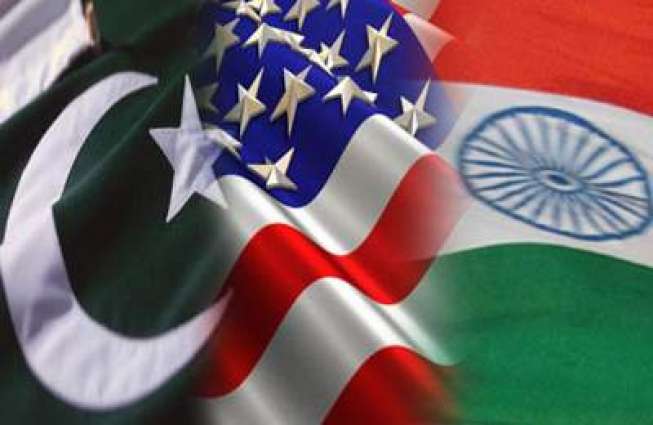 US Stressed for Talk between India and Pakistan-HumSub.Tv

US State Department’s Spokesperson Heather Nauertsaid, “We think that both sides would certainly have to sit down and have talked about that”. He also wished for purposeful dialogue between the two neighbors.

Earlier it was reported that Indian and Pakistani foreign secretaries may meet in Kabul this week on the occasion of an international Kabul Peace Conference on Afghanistan, which began on 28 February 2018. It is also reported that Indian Foreign Secretary Vijay Gokhale will come face to face with his Pakistani counterpart, TehminaJanjua in Kabul in the first week of March 2018 for the Kabul conference. If it occurs then it would be the first face-to-face meeting between senior officials of both countries since December 2017, when Indian and Pakistani national security advisers met in Bangkok.

US State Department’s Spokesperson Heather Nauertalso wished for the success of the Kabul Peace Conference. He said, “We are pretty enthusiastic about it, at least in terms of our participation and our long-term hopes for Afghanistan. We look forward to being a part of that meeting.”

Ms. Nauert added,“although the conference was about Afghanistan, the participants would also talk about the broader region which included both Pakistan and India.

She further said that delegations from Afghanistan, India, and the United States of America met in the Afghan capital on Tuesday on the margins of the Kabul Peace Conference for the fourth round of US-India-Afghanistan trilateral consultations. She confirmed that assistance to Afghanistan was the subject of the meeting. She hoped that the conference would be vital for the establishment of peace in the region.