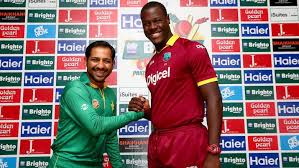 West Indies Have Agreed To Play 3 T20 Matches in Karachi Next Month: Karachi is an extraordinary city when it comes to hosting international cricket matches at home. As we will be witnessing PSL Finale on 25th, we will also observe the city as a venue for a three-match Twenty20 International series against a visiting West Indies team next month.

Pakistan Cricket Board Chairman Najam Sethi shared information at a handing over ceremony of PSL trophy at Dubai International Stadium.

He shared that PCB has worked day and night to conclude an agreement with the West Indies cricket board and West Indies have agreed to play three matches in Pakistan on April 1,2 and 4 and these matches will be played in Karachi. This is an initiative to put Karachi back on an international cricketing map.

According to the plan, the three T20 International matches will be played at the newly-renovated National Stadium in Karachi on April 1, 2 and 4. An agreement with Sindh government has been signed to take over the issue of security and ensure protection of West Indies cricket officials and players. In an agreement with the West Indies board, PCB has hired the International Cricket Council (ICC) security people for the series against West Indies. Their expert will stay back for a week after the PSL final to oversee the T20 series. This 3 matches series will be one off.

He further said that there is a separate agreement with the West Indies board according to which Pakistan and West Indies will have a tri-nation tournament in the United States for five years involving Pakistan West Indies and one more country. It could be Bangladesh or some other country.

PCB chair said that they are trying their best to take PSL to Pakistan in the coming years. Their infrastructure department is working on Rawalpindi and Multan national cricket stadiums. PSL final will be in Karachi on 25th he confirmed and stopped people from making any speculations on it.