Who will be the New President of PML (N)? 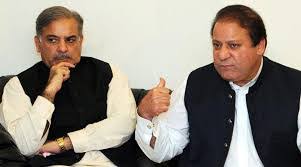 Who will be the New President of PML (N)?

Who will be the New President of PML (N): A meeting of Pakistan Muslim League (N)’ s leaders was held in Punjab House, Islamabad. The party discussed the the political situation after the decision of Supreme Court regarding the disqualification of Nawaz Sharif as a chief of PML (N).

The sources said that the Prime Minister Shahid khaqaan Abbasi proposed the name of Raja Zafar Ul Haq for the new president. It was also proposed that Sardar Yaqoob Nasir may perform his duty as an acting president of PML (N).

The sources also told that the general body of PML (N) will meet soon and elect the new President of PML (N).

HumSub TV is the first channel and thus a pioneer within its own right that mainly focuses on emphasizing the “Rights” as well as the “Obligations” of the citizens in light of the Constitution of Pakistan, numerous International declarations signed by the Government and various laws that have been promulgated over the years but are not in the knowledge of the common citizen.