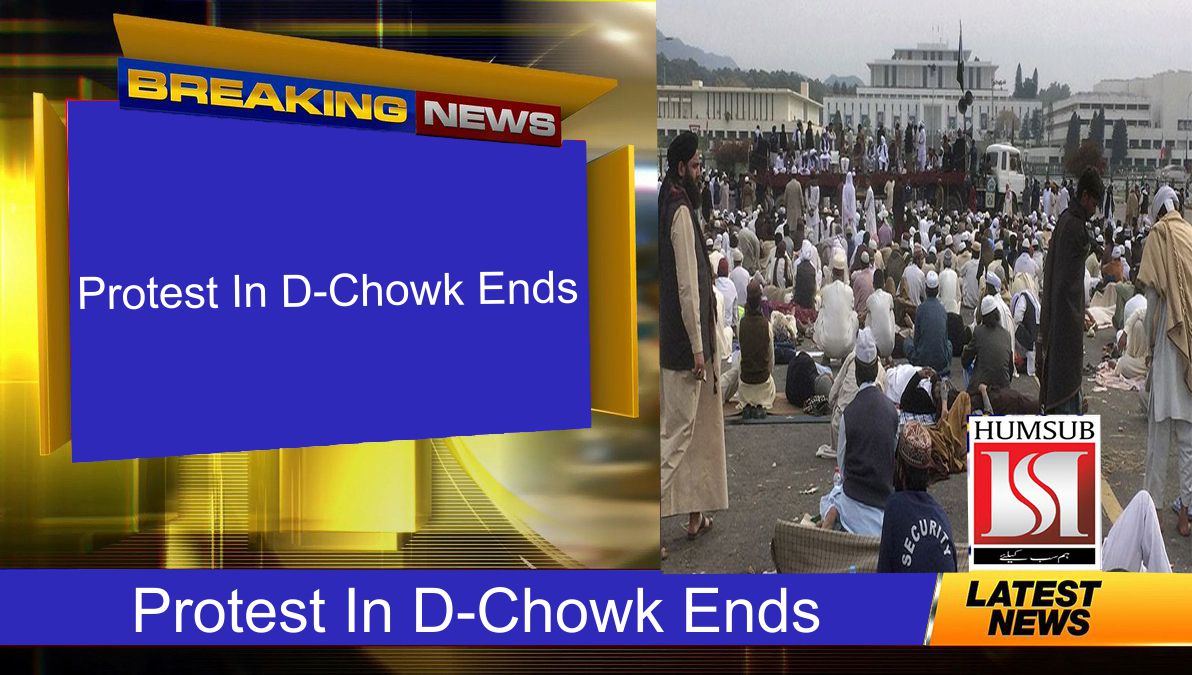 Protest In D-Chowk Ends: The protesting employees of Utility Stores Corporation of Pakistan (USCP) have announced to call off their sit-in in Islamabad after holding successful negotiations with the government.

“Utility stores won’t be privatized, yearly adhoc relief will be given to the employees of the corporation along with salary of month of November,” said President, CBA Union, Arif Shah.

Mr Shah further said that the PTI government has given green signal to enhance bailout package for Utility Stores Corporation from Rs. 10billion to 14billions.

“No legal action would be taken against the protesting employees”, continued the President CBA. The employees of the USCP have announced to call off their sit-in in Islamabad today. The employees were on protest from last four days at D-Chowk to press for their demands.

Earlier this week, the Prime Minister’s aide Naeem-ul-Haq addressed the agitating employees and assured that all their demands would be accepted and no one will lose their jobs neither any outlet will be closed.

He also assured that all daily wage earners and contract employees would be regularized by the government by implementing an order passed in 2017. He said that government would also pay all the outstanding amounts owed by the Utility Stores Corporation.

Despite the assurance the employees had refused to end the protest until a notification was issued and the planned privatization of the utility stores corporation was halted immediately.

The employees of the Utility Stores Corporation, the country’s biggest state-run retail chain, had urged the government to settle Rs 27.6 billion worth of subsidy claims pending for the last seven years, which is creating a financial crunch for the corporation, leading to its possible closure.

Earlier in August, the government ordered the Corporation to halt all purchases until further notice, leaving as many as 14,000 employees in the lurch.

The Utility Stores Corporation of Pakistan is a state-owned enterprise that operates chain stores all over the country which provide basic commodities to the general public at prices lower than the open market due to government subsidies.