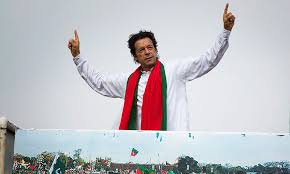 PTI Government Initiatives for Transgenders: The provincial government issued driving licenses to 15 transgender persons in the history of Kyber-Pakhtunkhwa. They have applied for driving licenses after they were issued National Identity Cards. In 2012, the National Database and Registration Authority (NADRA) started providing transgendered community members with three gender categories on the registration form for a computerized national identity card (NIC). Yasir Afridi, SSP Police KPK, in a ceremony distributed these licenses while stating that 300 transgender have applied for driving licenses in the province. More will be given after the applications are processed duly. Speaking on the occasion Farzana, who got the license was happy and said that this development will make ways for transgenders to earn a respectable livelihood.

Earlier in 2016-17, a special fund of Rs200 million has also been kept for the welfare of transgender community of the province for the first time in the budget history of Khyber Pakhtunkhwa.

In January 2018 this year, officials of social welfare and health department KPK distributed Sehat Insaf Cards among members of the transgender community. Members of the transgenders community will able to utilize services to the amount of Rs. 540,000/- (5400 USD approx.) per beneficiary per year. They will be able to access both public as well as private sector hospitals free of cost under the scheme.

Pakistan Tehreek-e-Insaf (PTI) has taken the initiative to secure the rights of transgender people in Punjab. The party has submitted a bill in Punjab Assembly for protection of the suppressed community.

The bill was proposed by Dr. Nosheen Hameed which aims to conduct legislation for the rights of third gender in the province. The bill proposes that special certification should be issued for the community members which would make it easy for identification. Furthermore, the bill suggests imposing Rs. 1 lac fine and 2 year term in jail over discriminatory behavior towards transgender persons. It is recommended in the bill to establish welfare committees at provincial level for the rights of transgender people.

The bill intends to work for the rights for the third gender which includes provision of education and basic rights. It also proposes to announce forced begging illegal in which anyone who forces the transgenders to do begging would be fined Rs. 30,000 and serve 2 months in prison. It is also suggested that the rehabilitation centers should be made across Punjab for the welfare of transgenders.

Transgender community and active groups have highly appreciated the steps taken by the PTI government and officials to promote equality of rights for them as a citizen of country.