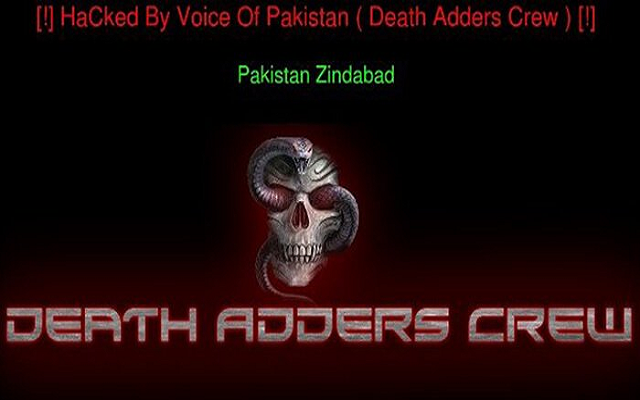 The official website of Pakistan Tehreek-e-Insaf (PTI) was hacked Tuesday night by a hacker group claiming to be ‘Voice of Pakistan; Death Adders Crew’.

The website was hacked hours after Aisha Gulalai held a press conference where she levelled serious allegations against PTI chief Imran Khan after announcing to quit the party.

The hackers posted messages on PTI’s website criticising the party for disrespecting women.

The hackers also posted that they are not supporters of any political party but “will never vote for Imran Khan”.

PTI’s website remained defaced for several hours, before some damage control appeared to have been done. The website, as of Wednesday morning, is re-directing to a YouTube video link showing a clip of Imran Khan.

On Tuesday, addressing a press conference, the PTI MNA from Khyber Pakhtunkhwa Ayesha Gulalai, who earlier in the day announced to quit the party, called Imran Khan a characterless person and alleged that the PTI chairman had sent her “inappropriate” text messages.