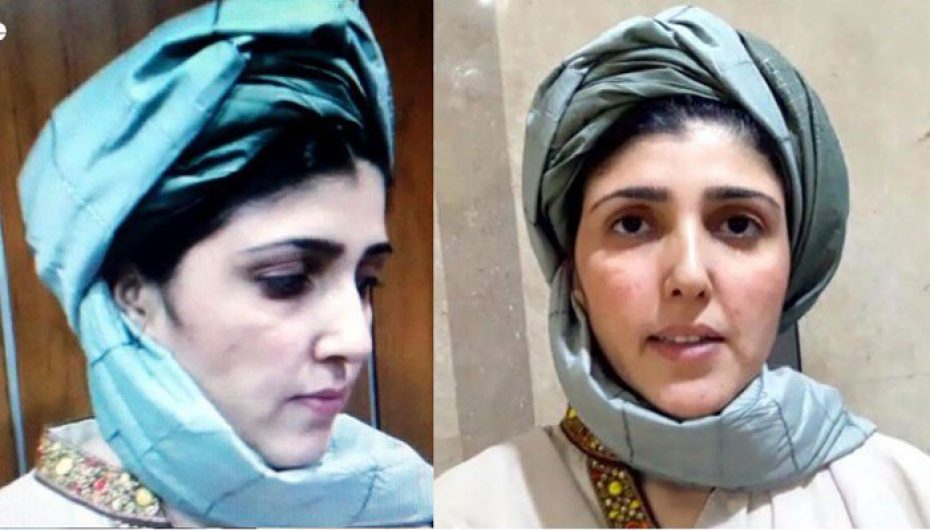 Former Pakistan Tehreek-e-Insaf MNA Ayesha Gulalai said on Thursday that she is alone fighting a political party which is a mafia, in an apparent reference to her former political affiliation to Imran Khan’s party.

The lawmaker, who recently leveled serious allegations against PTI Chairman Imran after a fiery departure from the party, entered into the National Assembly session today wearing a traditional tribal turban.

Following the session, Gulalai spoke to the media and said that she is in the right and will stay determined.

“For fighting men, a woman has to impersonate Razia Sultana,” she commented.

She said that the PTI chairman is jealous of talent of youngsters.

In an earlier session, Ayesha Gulalai had addressed the House and said she would not resign from her seat in the assembly. She had continued to deliver her address amid ruckus created from the PTI benches.