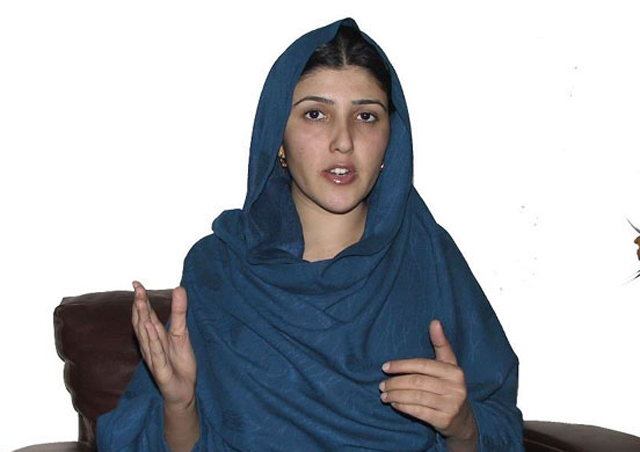 Pakistan Tehreek-e-Insaf (PTI) member of the National Assembly on a reserved seat announced on Tuesday that she has left the party, media reported.

In a post on social media, Gulalai who hails from South Waziristan said, “due to immoral character of Imran Khan and the gang around him, calling PTI workers “worthless” and “chotay workers” and rampant corruption by Imran Khan’s agent Pervez Khattak in KP, MNA Ayesha Gulalai Wazir has left PTI” additionally the post on social media stated that Gulalai would hold a press conference to address the issue on Wednesday.

Meanwhile, when media first reported the development, PTI’s spokesman claimed the post was fake and would be deleted and a clarification would be issued by Gulalai adding that the accounts for Gaulalai were being run by her brother.

According to sources, Gulali had held a meeting with PTI Chairman Imran Khan on Monday which lasted three hours but Fawad Chaudhry told journalists that he did not know about any complaints that Gulalai had with the party.

Speaking to the media Ayesha Gulalai confirmed that she had in fact left PTI, citing the same reasons mentioned in her social media post she added that ‘the image of the party shown to the world is not the reality of what goes on inside the party.’

Earlier, Naz Baloch had also walked out from the party citing ‘male chauvinism’ as one of the reasons for leaving PTI.

Pakistan Peoples Party, Senator Sherry Rehman also reacted to Gulalai’s departure from PTI and posted on twitter that “Gulalai’s rebuke adds to the disquiet about a woman’s place in the party.”