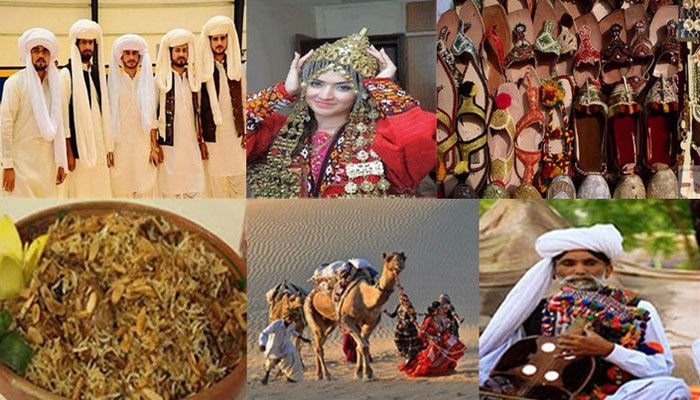 Balochistan Culture Day: Balochistan’s areas of Sibi, Bolan, Lasbela, Kalat, Kharan and Makran have historical significance. The trend of celebrating Baloch culture day, having its origin in Iran, dates back to 15th century, in which men, women and children equally participate by wearing beautiful traditional dresses to pay tribute to their culture and history. As folk persons have gathered to embark the Baloch tradition at different venues across Balochistan and Quetta, Celebrations for Baloch Cultural Day are in full swing.

On the 2nd of March, the official Cultural Day for the people of Balochistan, Benazir Park Quetta, highlighted the dancing moments that went crooned with Balochi folk songs and regional dances during the festive occasion. Quetta Bar Association has reserved the bar room at “Quetta Press Club” to carry out a festive celebration amongst lawyers. The Balochi Day is also being marked with dedication in Turbat, Panjgur, Gwadar, Nasirabad, Chagai, Mastung and many other regional cities.

Another event organized in connection with the day triggered the opening ceremony of Makran Festival 2018 at Kech Stadium in Turbat. The event included folk activities, March-in by players of various sports, display of live stock, showcasing Balochistan delicious cuisine, stalls with traditional dresses and other traditional sports.

To promote rich Baloch heritage, Commander Southern Command Lieutenant-General Asim Saleem Bajwa appeared as the chief guest on the occasion. He announced that the development projects will inaugurate shortly, under “Khushal Balochistan Program” for Makran division are prudently designed to furnish for the needs of the people. Lt-Gen Asim Saleem Bajwa and local dignities gave away rewards to the winners. Out of which, 118 laptops were also distributed among the deserving students of the region. He appreciated the outstanding turn-out of the people at the stadium and pointed the zeal and enthusiasm of the people of Balochistan amidst the ongoing terror attacks.