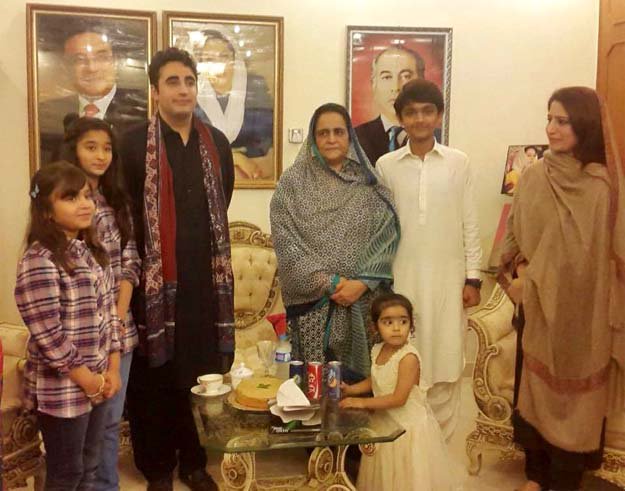 Karachi: PPP MPA Rubina Qaimkhani’s son passes away: In a tragic road accident, Hamza Qaimkhani, the only son of Pakistan Peoples Party (PPP) MPA Rubina Qaimkhani, passed away in Karachi on Friday. The accident occurred on seaview road due to over speeding as reported by the initial investigations from police officials.  Seaview road falls under the jurisdiction of Sahil Police Station.

The accident occured on seaview road, near the Village Restaurant.  The SUV which was overspeeding, overturned causing severe injuries to Hamza, 16 years, and his friend Afsaryab Khan.

Rescue workers from different organizations immediately reached the accident site and shifted the victims to South City Hospital in Clifton. Hamza succumbed to severe injuries while his friend is still admitted at the hospital and is in critical condition.

Shoaib ur Rehman, SHO Sahil Police Station said that the case is still being investigated from different angles. The deceased and injured both lived on Khayaban-e-Seher in Defence Housing Authority. Home Minister, Sohail Anwar Siyal and Inspector-General of Police, Allah Dino Khawaja also took notice of the accident and asked for separate reports from the traffic DIG and South Deputy Inspector General regarding the accident.

Rubina QaimKhani was elected to the National Assembly as a PPP candidate on a seat reserved for women from Sindh in 2002. She was re-elected in 2008. She served as federal parliamentary secretary for human rights during her second tenure as an MNA. She has been a member of the Sindh Assembly since June, 2013.

PPP Chairperson Bilawal Bhutto Zardari and Co-chairperson Asif Ali Zardari expressed their grief and sorrow over Hamza’s tragic demise. In their condolence message they sympathized with the bereaved mother. They prayed for the departed soul to rest in eternal peace and for Allah to give courage and strength to the grieved family members to bear the irrevocable forfeiture.