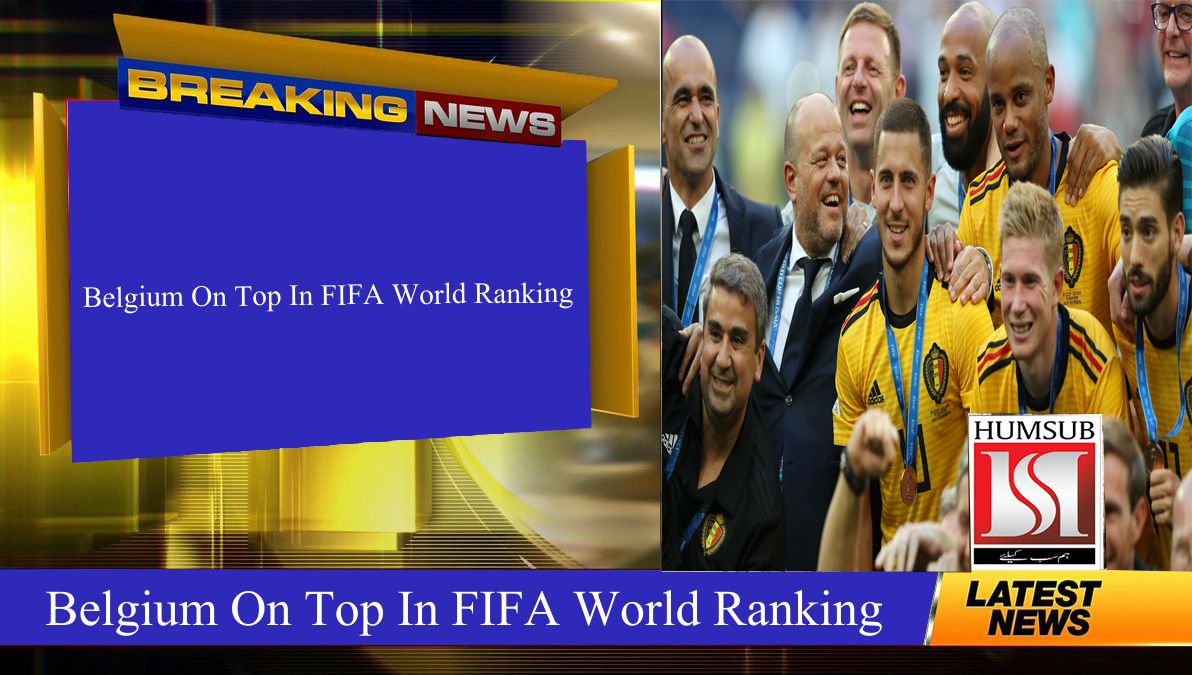 Belgium On Top In FIFA World Ranking: The Russian national football team has moved five places up to the 41st position, while Belgium ranked first in the latest FIFA World Ranking, published on FIFA’s official website on Thursday.

In October, the Russian team had a nil-nil draw with Sweden and then achieved a 2-0 win over Turkey in the UEFA Nations League matches.

France, this year’s World Cup winner, descended to the second position in the latest ranking.

The FIFA World Ranking, first published in December 1992, is a listing of the national teams of FIFA’s member states, where they are ranked according to their results from international matches. While the ranking is published every month, the July 2018 release was canceled over the implementation of a new calculation method.

France and Belgium were joint first in the previous FIFA Rankings but Roberto Martinez’s men had some positive results since their elimination from the World Cup to the hands of eventual champions France in the semi-final. For the French, it’s the draw against Iceland a couple weeks ago that seem to have cost them in the rankings.

Gareth Southgate’s England are now up to fifth place after securing a draw with FIFA World Cup runners-up Croatia along with the much-talked-about 3-2 victory over Spain. Only two non-European sides make the top 10 – Brazil and Uruguay – are ranked 3rd and 6th respectively.

Among some of the other teams who have made significant progress in the rankings include Madagascar, who recently qualified for their first African Nations Cup finals. They are placed at 100th place while Tunisia are the highest-ranked African side, positioned at 22nd spot.

The Germans would look to put together some positive results in the next international break as they remain on brink of an elimination from UEFA Nations League A.