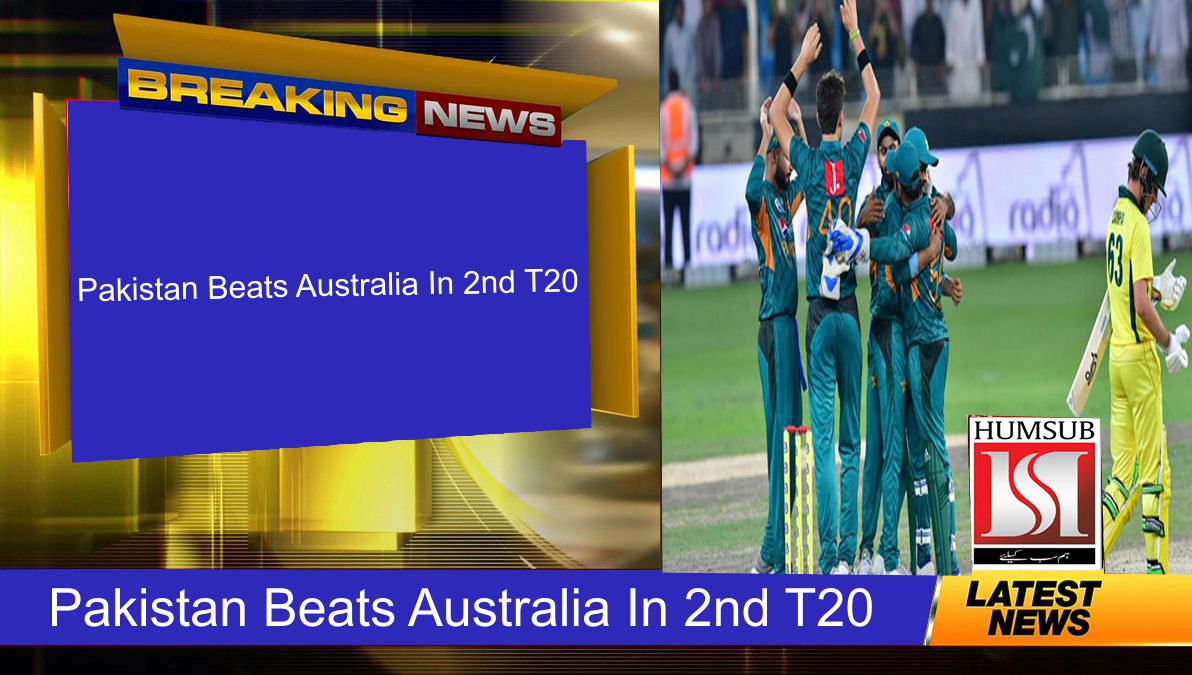 Pakistan Beats Australia In 2nd T20: Pakistan beat Australia by 12 runs in the second Twenty20 International in Dubai on Friday.

Pakistan has won the three match series by 2-0. This is Pakistan’s 10th straight Twenty20 series win. They have not lost since Sarfraz Ahmed became captain of the team. Pakistan won the toss and chose to bat in the fixture.

The side managed to score 147/6 in their 20 overs with Babar Azam and Mohammad Hafeez scoring in 40s.

Babar Azam was the top scorer with 45 runs which included three boundaries. Hafeez made 40 runs off 34 deliveries with the help of three fours and two maximums.

Australia fell 12 runs short of the target as they managed to score 136/8 in their 20 overs. Glenn Maxwell was the top scorer with 52 runs from 37 balls which included four boundaries and two sixes.

Nathan Coulter-Nile made 27 runs while Mitchell Marsh chipped in with 21 runs. Imad Wasim was the pick of the bowlers as he finished with 1/8 in his four overs with a maiden to his name. He bowled with an economy of two runs per over. Shaheen Afridi and Shadab Khan picked up two wickets each.

Imad Wasim was named Player of the Match for his performance of the ball. The dead rubber third Twenty20 game will be played on Sunday in Dubai.

By playing first, Pakistani green shirts made 146 runs by losing 6 wickets, while Australian team could not manage to cross 136 runs with the loss of eight wickets in just 20 overs match.

The cricket lovers and the people belonging to different segment of society expressed great pleasure over the victory of Pakistan and congratulated the entire team on winning the two series from Australia.