Within a week in February, the 23-year-old “miracle on snow” created a sensation by winning the alpine skiing super-G gold and then, not so surprisingly, adding the snowboarding parallel giant slalom title at the Pyeongchang games.

She is eyeing a repeat at next year’s world championships in both sports, but there is a catch as the events collide.

Snowboarders will race at the worlds in the United States on February 1-10, while skiers will meet for the season’s peak in Sweden on February 5-17.

“I would love to race at both events, but that’s all I can tell you right now,” Ledecka told reporters in her native city of Prague on Thursday.

Her coaches are in talks with snowboarding officials to adjust the order of the races to allow Ledecka to compete at both events.

“I still believe it will happen, but it’s probably just a naive survival instinct,” said Ledecka, the first woman to win gold medals in different sports at the same Winter Games.

“I guess I’ll have to decide,” she added, wearing a fur vest and a feather in her hair, her lucky charm from an Indian shop in Denver.

Her skiing coach Tomas Bank, who expects Ledecka to prefer skiing to snowboarding in the end, said he had led talks with the International Skiing Federation (FIS) to have the snowboarding race a week earlier.

Ledecka has just returned from two-week snowboard training in Italy.

– Good sign – The two-time snowboarding world champion and three-time overall World Cup winner is ready to make a splash in the skiing World Cup too. So far, her best World Cup result is the seventh place in the Lake Louise downhill last season.

“That would be lovely, but I don’t like saying things in advance,” said Ledecka. “It all depends on how you sleep on the racing day.” Ledecka, who has overcome “a marketing storm” following the Olympics, said her triumph has had an impact on fans’ expectations.

“Many people expect more than I’m able to achieve at this point of my career,” she said. “My second best result was the 17th spot in super-G and I’m aware that that’s the reality. 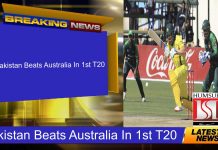