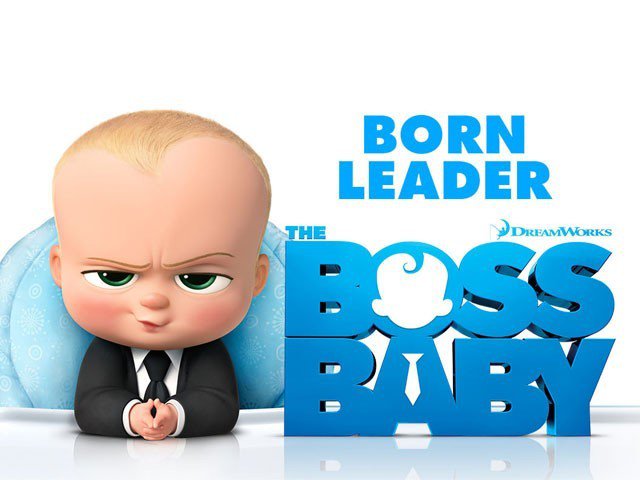 ‘Boss Baby’ tops ‘Beauty and the Beast’ in box office battle: The Boss Baby, Fox’s animated yarn about babies and pets vying over which is cuter, edged out blockbuster Beauty and the Beast to take the lead in its opening weekend on North American screens, according to an industry estimate.

Baby earned a cool $49 million for the three-day weekend, Exhibitor Relations said, nosing out Disney’s Beauty, which took in $47.5 million to give it a huge three-week domestic total of $395.5 million.
Critics have shown little love for Baby, in which Alec Baldwin voices the Boss, fighting a secret war against puppies under the noses of oblivious humans. But audiences don’t seem to care.
Boosted by a strong backup cast, with Tobey Maguire, Steve Buscemi, Jimmy Kimmel and Lisa Kudrow, Baby has now taken in $876 million worldwide.
Ghost in the Shell, a Paramount adaptation of a Japanese manga featuring Scarlett Johansson as a spandex-wearing warrior taking on terrorist hackers, placed a distant third in its opening week, with $19 million in ticket sales. The film faced controversy over the casting of Johansson, a white woman, to play an Asian role.
Power Rangers came in fourth, at $14.5 million. The Lionsgate production features Dacre Montgomery, RJ Cyler, Naomi Scott, Becky G and Ludi Lin as high schoolers with superpowers who battle the nefarious Rita Repulsa (Elizabeth Banks). The movie, treated roughly by critics, dropped off sharply from its $40.5 million opening a week earlier.
Warner Brothers’ Kong: Skull Island, in its fourth week, slipped two spots to fifth place, earning $8.8 million. Tom Hiddleston, Samuel L. Jackson, John Goodman and Brie Larson are explorers on a mysterious island that proves to be the frightening domain of the mighty ape.