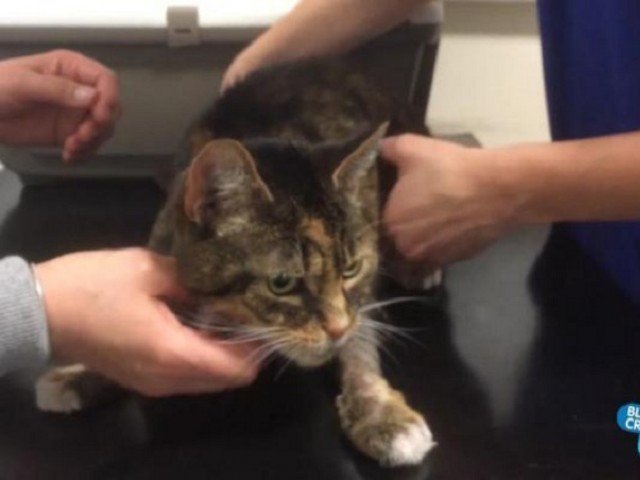 Vets get curious kitty drunk to save her life: HumSub.TV: A cat has been saved from certain death by a ‘vodka drip’ after accidentally poisoning herself with car brake fluid, according to the Blue Cross animal welfare charity.
Princess had to undergo emergency treatment after the seven-year-old housecat was discovered soaking wet in a fallen bottle of fluid in the garden shed of her home by her owner. She was rushed to Blue Cross Animal Hospital in central London.
Her condition was quickly deteriorating because she had absorbed and licked the deadly chemicals from her fur.
Vets realised they needed to act fast and dashed to a nearby off-licence for a spirit with a high alcohol percentage to halt the effects of the poison – the unusual treatment would only work if the booze was given right after the pet had absorbed the toxic chemical.

Heather Loh, a blue cross vet, said, “Pets should never be given alcohol, but this was the only solution to prevent the poison from taking over and killing her.”
“She was a bit worse the wear for several days afterwards but we were relieved blood tests showed the effects of the drip were working and the poison would no longer be fatal,” she added.
While alcohol usually makes pets extremely ill, high strength spirits, such as vodka, act as an antidote to the poison and prevent the body from spreading the toxic chemical.