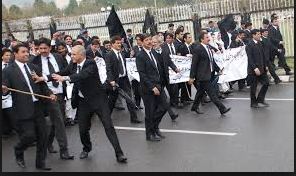 A lawyer opened fire outside the Court of Session’s judge and killed two other lawyers, police told. The murderer was taken into custody, police said.