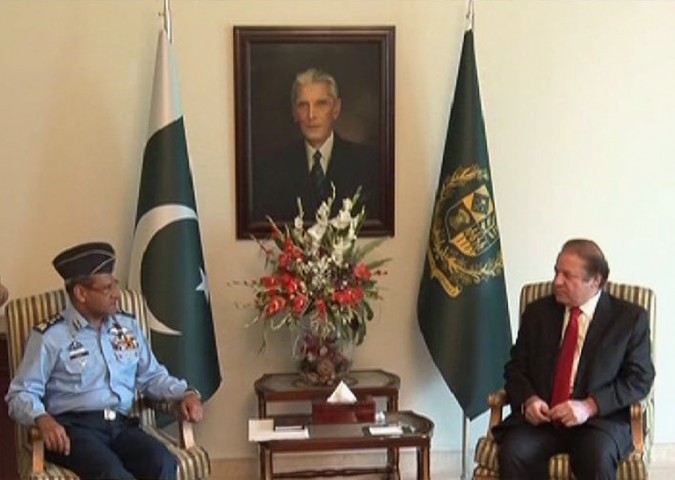 He was talking to Chief of Air Staff Air Chief Marshal Sohail Aman who called on the prime minister at the PM House Thursday.

The air chief apprised the prime minister of the professional excellence and operational preparedness of Pakistan Air Force, a statement from the PM House said.