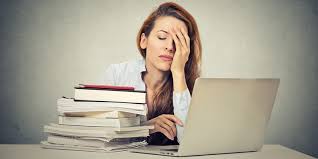 A training programme tested on children with mild or moderate chronic fatigue syndrome (CFS) can reduce fatigue and increase attendance at school, a small study from the University of Bristol suggests.

The Lightning Process, a type of brain therapy, was used alongside specialist medical care.

But ME charities said they did not recommend or endorse the process.

Chronic fatigue syndrome (CFS), also known as myalgic encephalomyelitis (ME), is a disabling illness that affects 1% of secondary school children in the UK, causing them to miss a day or more of school per week.

Esther Crawley, lead study author and professor of child health at the University of Bristol, decided to research the Lightning Process after the parents of her patients asked her about it in her clinic.

“I have to say that I never expected it would work,” she said.

For the Bristol study, published in Journal of Archives of Disease in Childhood, 51 children aged 12-18 years received standard medical care plus three days of the LP training programme, while another 49 received standard care alone.

Six months later, the group that received the additional training said they were experiencing less fatigue and anxiety and better physical function than the control group.

After a year, the training group also reported they felt less depressed and had spent more days at school, compared with the other group – who also said their symptoms had improved.

Prof Crawley said there were limitations to the study – they did not know why LP had worked and could not say whether it would help adults or younger children.

And she said more research was needed to find out if the same results could be achieved again and to understand more about the process, before it could be incorporated into NHS care.

About 250 youngsters with CFS/ME have therapy each year. Current treatments include: