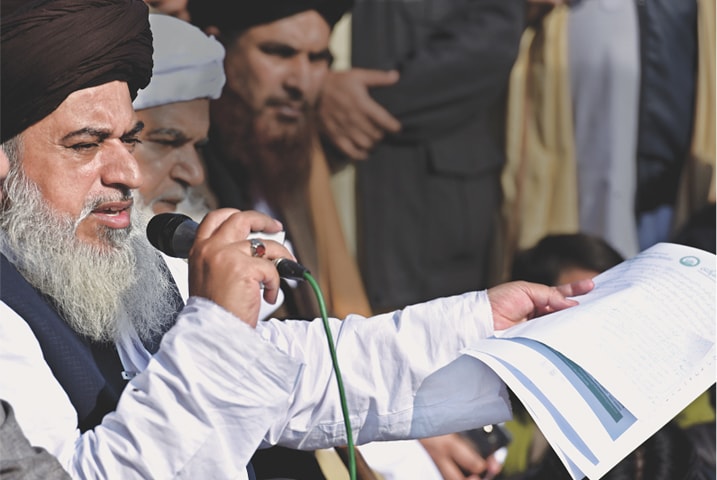 Faizabad Sit-in Case: Anti Terrorism Court (ATC) has asked Khadim Hussain Rizvi and other leaders from Tehreek-Labaik to appear before court and have released repeated summons in this regard. In case they do not show up within 30 days they would be declared proclaimed offenders. They had protested against the government at Faizabad Interchange of Islamabad for 3 weeks in November 2017. The case got registered against Khaadim Rizvi, Maulana Afzal Qadri, Maulana Inayat and Sheikh Izhar. Their protest was against an amendment in the elections bill and the protest ended after they had reached an agreement with the government, followed by the resignation of the then Law Minister Zahid Hamid.

Khadim Hussain Rizvi’s main entry into the national politics was in the by-elections of NA-120. The seat was vacant after the disqualification of Nawaz Sharif. His party got registered at the time under Tehreek-Labaik Ya Rasool Allah (TLYRA) banner. On November 6, 2017, under the leadership of Khadim Hussain Rizvi, a protest rally including a small number of ideological activists started from Lahore and reached Islamabad two days later to settle at Faizabad Interchange, the key junction between Rawalpindi and Islamabad. He became known to the political circles of the capital but also to the general public. The political religious gathering venue had also saw the influx of small and unknown groups and parties who announced their support to the TLYRA. This protest revealed this feature in the political setup of the country that religious political groups can not only turn violent to have their demands accepted but also they are willing to sacrifice themselves upon the call of their leader.

The Anti Terrorism Court ATC court has also announced confiscation of their movable and immovable assets if they (Tehreek e Labaik leaders) fail to appear before the court.