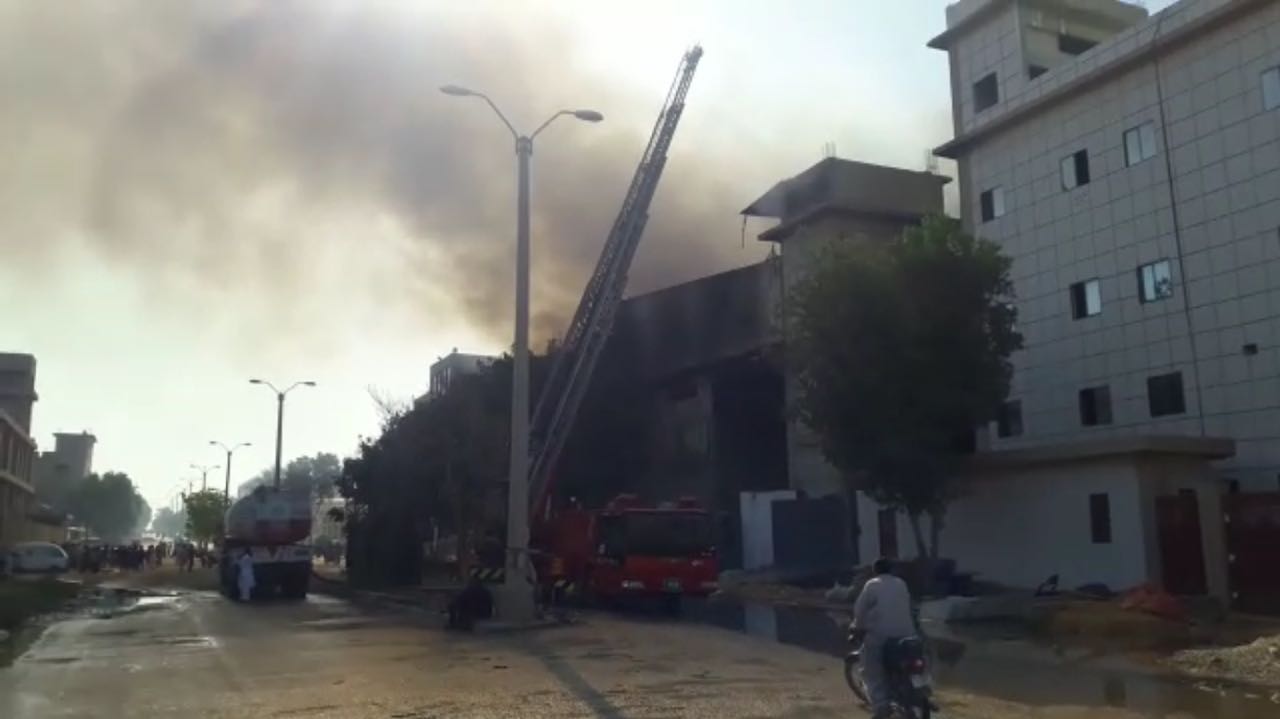 According to fire brigade officials, the factory sustained a third-degree fire but no casualties were reported.

13 fire engines, two water bowsers and one snorkel are taking part in the fire-fighting operation which is still underway.

The cause of fire is not known yet.