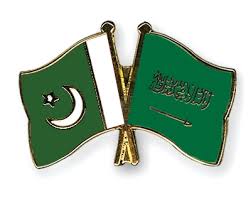 Fouzia Fayyaz belongs from southern Punjab, and has served in Washington and New Delhi and it is her third diplomatic posting in KSA. Fozia holds a master degree in English literature from Islamic University of Bahawalpur and she passed Central Superior Service Exam (CSS exam) conducted by Federal Public Service Commission (FPSC) Islamabad and then joined foreign service of Pakistan.

Talking to media she expressed her happiness and paid tribute to her father that it is all because of her late father Fayyaz Ahmad who had vision, passion and courage that daughters should also get the higher education.

“Being the first female diplomat to Saudi is indeed a great opportunity. Being the in-charge of a consular section will help people in different spheres like job seekers, passports, national identity cards, renewal and extension and travel documents.” She said.

She praised the King Salman and Crown Prince Muhammad Bin Salman for their Vision 2030 and leadership of the Muslim Ummah and continuous support to Pakistan.

She is the first female diplomat to serve in the Kingdom, adding that she heads a section which facilities Pakistanis who seek travel related services. When asked about women in Pak society and recognition, she said, “Pakistan is definitely a progressive country and women are doing good in different spheres. When it comes to Pakistan Ministry of Foreign Affairs women are given priority over men. They are recognized and acknowledged for their work.”

At present the head of the institution is Mrs. Tahmina Janjua and the special secretary is Tasneem Aslam. But Pakistan foreign office had not assigned any female diplomat to Saudi Arabia for the past 70 years.