Harmony Among the Three Pillars of State 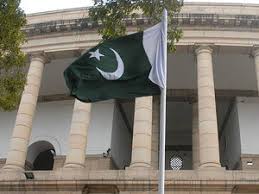 Harmony Among the Three Pillars of State

Pakistan as having atomic power has a great importance. The threat of USA president, Indian violation of LOC, the matter of Watch list and the condition of neighbouring countries need serious attention of the concerning authorities.

The row among the three pillar of state cannot be supported. The statement of the Prime Minister Shahid Khaqaan Abbasi in the Parliament cannot be approved as the judiciary has a right to define the law, parliamentary bill or amendment approved by the Parliament. It is Constitutional demand and chief Justice of Pakistan Saqib Nisar rightly said ” Parliament is supreme but Constitution is above all”.

There is group who is fanning the rumours that Parliament authority is under danger after the decision of the Supreme Court regarding the disqualification of Nawaz Sharif as a head of the party. Any law is based on physical and ethical properties. How can a man become a chief of a party when he is disqualified as a Prime Minister of country?

Is there any danger to the system ? When law is followed as a national duty than how can a system be in a danger. No doubt, the movement against judiciary as led by Nawaz Sharif is against the law but one thing should be in mind that the fall of person cannot be meant as fall of Parliament as the person cannot live forever but the law prevails forever.

There are political impacts of decision of Supreme court for Pakistan Muslim League ( N ). If the PML (N) accepts the decision then it will be a positive sign for the importance of rule of law in the country but if it continues and creates rift than the people of Pakistan will decide in general election and it may harm PML (N) political identity.

The rule of law should prevail in the country. So, the leaders of our nation should follow law as it may help the whole system and nation to become powerful.