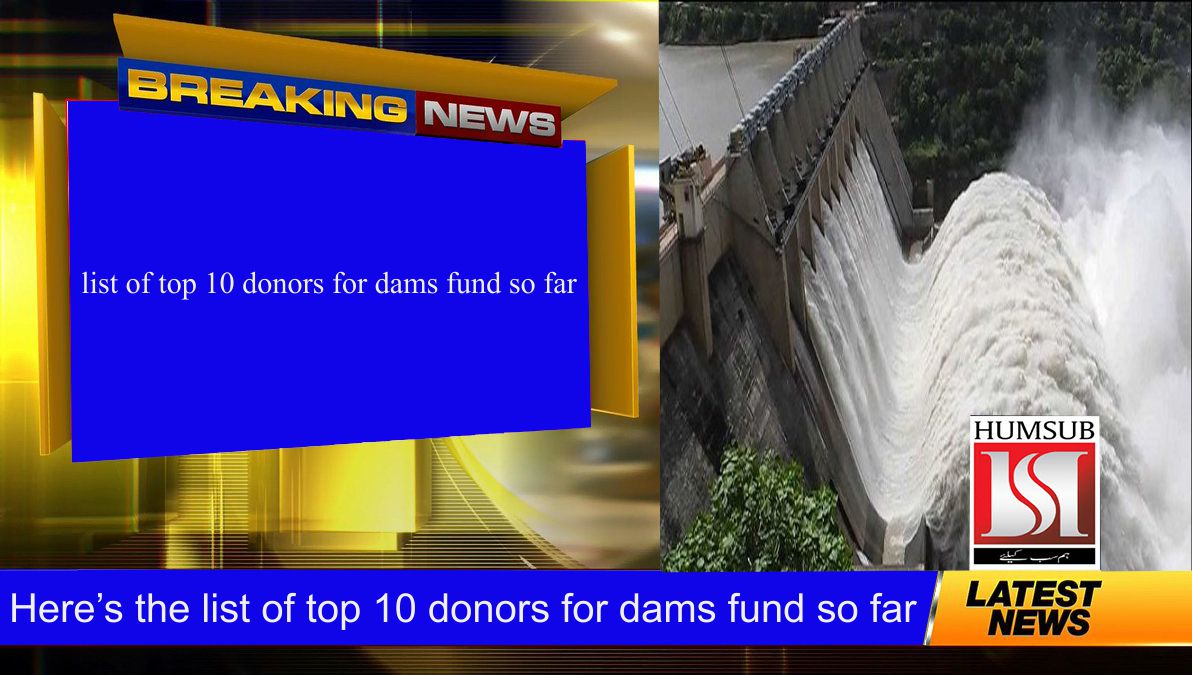 KARACHI: The State Bank of Pakistan (SBP) has announced top 10 donors for the fund set up by Supreme Court of Pakistan for construction of Diamer-Bhasha and Mohmand dams .

According to the SBP, Pakistan Army remains the top institution with Rs 582 million of donation for the construction of dams, followed HQ Strategic Plans Division Rs 201 million on second and HBL Islamic Charity Rs 100 million on the third.

On September 10, Army Chief General Qamar Javed Bajwa had given a cheque of over Rs 1 billion to the chief justice for dams fund. The COAS, in his letter to the CJP, informed that the junior commissioned officers/soldiers of the army will donate two-day salary while army officers/ will give their one-day salary to the dam fund.

He also mentioned in the letter that Army’s welfare organizations also made donations for the fund.

The Fund has been established by the SBP on the directions of the Supreme Court. All the commercial and micro-finance banks, and field offices of SBP Banking Services Corporation have opened the Fund account to receive donations in cash, and through cheques, pay orders and demand drafts at all their branches across the country.

The donors can also make online donations to the Fund through internet banking, automatic teller machines (ATM) and other alternate delivery channels (ADC) using IBAN of their respective bank. The banks have sent the IBANs of the Fund account to their clients through SMS alerts, while the bank-wise list of IBANs is also available at the SBP’s web page.

Citizens can also donate Rs10 to the CJP’s dam fund by typing “dam” and sending the SMS to 8000 which will deduct the amount from the phone’s credit.

Citizens can also donate Rs10 to the CJP’s dam fund by typing “dam” and sending the SMS to 8000 which will deduct the amount from the phone’s credit.