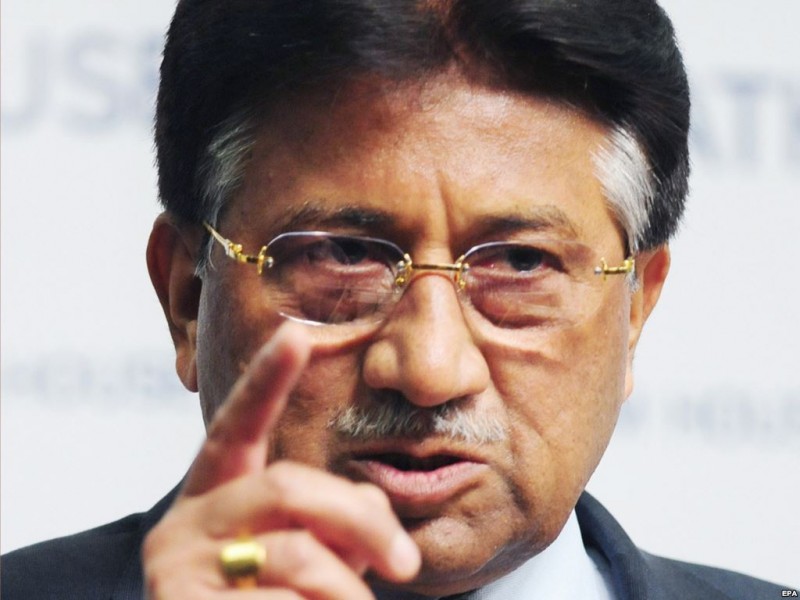 Justice Aamer Farooq dismissed the petition seeking cancellation of the case and nullification of the issuance of perpetual warrants against Musharraf in the Lal Masjid case.

The single bench comprising Justice Farooq had enquired the counsel for Musharraf, Akhtar Shah, to argue on how he could represent Musharraf, especially, after he was declared a proclaimed offender by a trial court.

In the Lal Masjid operation case, Shah argued before that the cleric, Abdul Rashid Ghazi, was killed during a military operation on Lal Masjid in 2007, when fundamental rights were not operational.

He said that the armed forces were called in under Article 245 of the Constitution and such matters could not be heard in courts.

He had added that the armed forces in aid of civil power had carried out the operation in accordance with law after giving due warnings and in the larger interest or prevent deterioration of public law and order.

He had requested the court to quash the proceedings against Musharraf in the cleric murder case.

Justice Farooq, however, directed the counsel to satisfy the court on how he could be given right of audience while pleading the case of a fugitive of law.