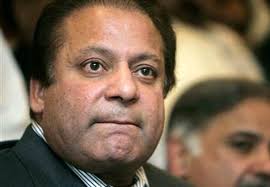 The Islamabad High Court (IHC) will hear on Monday a petition calling for placing Nawaz Sharif on the Exit Control List (ECL).

The ECL is maintained by the Interior Ministry to ensure criminals or suspects wanted for various crimes do not escape the country.

The petition calls for putting Nawaz, his children, son-in-law, and Ishaq Dar on the ECL. The petition has also pleaded freezing of bank accounts of the respondents.

The Supreme Court, in its judgment in the Panama Papers case, disqualified Nawaz as prime minister on July 28.

Sharif was disqualified under Article 62 (1) (f) of the Constitution over his failure to disclose un-withdrawn receivables constituting assets from a UAE-based company. It stated that he was not ‘honest’ and ‘truthful’, as per the country’s Constitution.