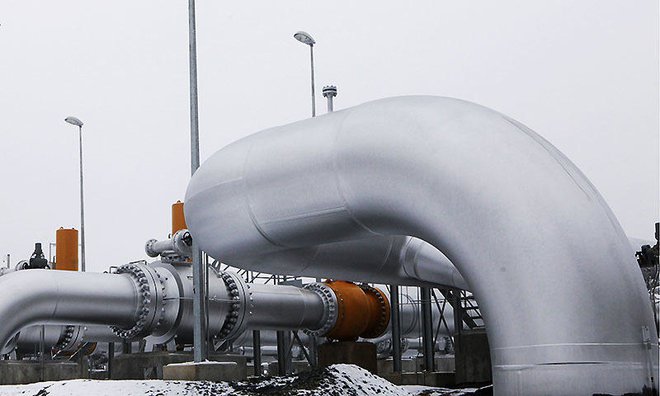 Inauguration of TAPI Gas Pipeline: The Prime Minister of Pakistan Shahid Khaqan Abbasi and the President of Afghanistan Ashraf Ghani launched a 1,814 kilometer (1,130 mile) gas pipeline on Friday that will feed Turkmenistan gas to Afghanistan, as well as Pakistan and eventually to India. The event is hallmark achievement for the region.

The first part of the inauguration took place in Turkmenistan on the border with Afghanistan’s western province of Herat that is followed by a ceremony in Afghanistan. The launching ceremony was shown live on Afghan television.

Jelani Farhad, spokesman for the Herat provincial governor’s office, said that heavy security will guard the pipeline construction through war-weary Afghanistan. He mentioned as “It’s a golden day for Afghanistan today. It will help our economy and create thousands of jobs.”

The long awaited pipeline project which is known by the acronym TAPI, is expected to take two years to complete but it has been several years in the planning and under discussion.
The United States has advocated the pipeline as a source of much needed gas to all three countries over an alternative pipeline which is also being negotiated, bringing gas from Iran through Pakistan and into India.

Security has been a concern leading up to the inauguration but Farhad said Afghanistan has devised a detailed security plan to protect the pipeline construction as well as the pipeline. “We are ready to protect TAPI. It is good and important and vital for the economy of Afghanistan,” Ghani told the gathering that the pipeline is a message to future generations. He said “We hope our next generation will see this pipeline as the foundation of a joint position in our region which is aimed at improving our economy, providing jobs and increasing our security, all in our fight against extremists”.