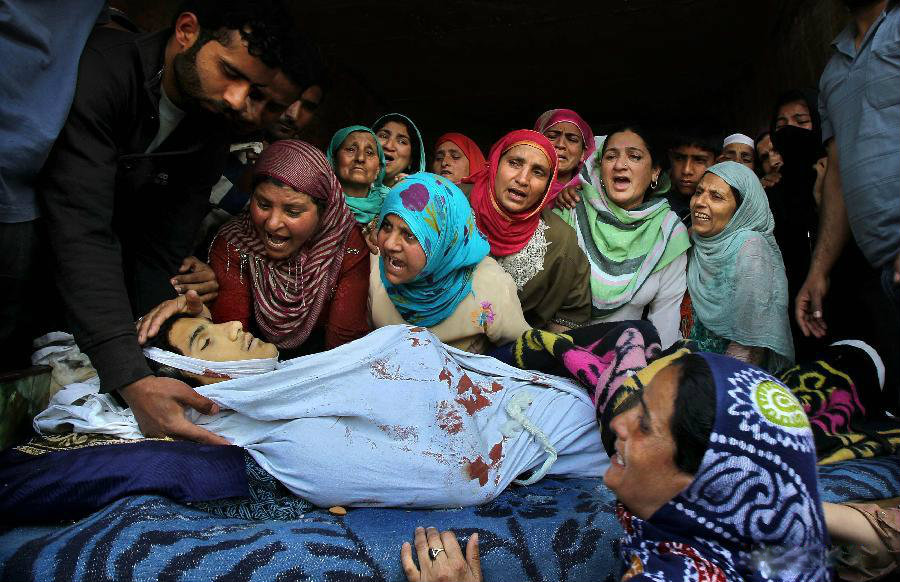 The troops killed Aqib Ahmad Itoo and Suhail Ahmed during a cordon and search operation at Gopalpora in Damhal Hanjipora area of the district.

Two officials of the Indian Army, including Major Kamlesh Pandey, were killed and two other personnel critically injured in an attack at Matribugh Zaipora area in Shopian.

Gilani, in a statement issued in Srinagar, termed the killing highly condemnable. He extended his condolences to the bereaved family.

Mirwaiz in his statement said the people of Kashmir were paying a huge price for standing up for their just cause and resolution of the Kashmir dispute. “It is a crucial phase that we are going through in our struggle as India is using all methods and ploys to crush our political movement,” he said.

“Even the hospitals are not spared where a nurse and young girl were shot at and injured,” the Mirwaiz said, adding, “While the people of the entire Valley are a target of Indian forces, the people of south Kashmir are bearing the maximum brunt of state repression and the people of Srinagar are specifically subjected to physical and mental torture.”

Ahmad, a resident of Gabarpora, Pulwama, was injured in firing by Indian troops in Pulwama on Tuesday and succumbed to his injuries in a Srinagar hospital on Wednesday.