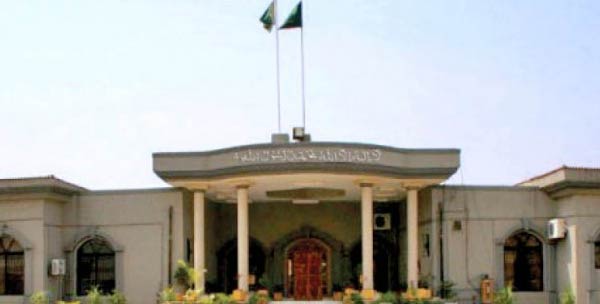 The Islamabad Police on Thursday registered a case against unidentified persons involved in spreading “blasphemous content” on the social media.
The FIR was lodged after the Islamabad High Court (IHC) ordered the government to implicate those running “blasphemous Facebook pages such as Bhensa, Mochi and Roshni”.
“Sentiments of Muslims are being hurt by the content being shared on these pages,” the FIR read. The case has been registered under the country’s blasphemy laws, the report added.
On March 7, the IHC ordered Interior Minister Chaudhry Nisar Ali Khan to eliminate access to blasphemous content on social media, even if it means blocking all access to social media platforms.
Justice Shaukat Aziz Siddiqui, while ordering the interior minister to appear in person before the court in the case pertaining to blasphemous pages on social media, observed that he expected that the minister “take some steps in his own supervision to eliminate the evil, even at the cost of blocking the entirety social media”.
The IHC judge also ordered placement of alleged Facebook pages owners’ names on the Exit Control List (ECL) so that they cannot escape the legal proceedings of the case.
He compared blasphemers to ‘terrorists’, justifying the comparison by asking what else could be worse than such acts.