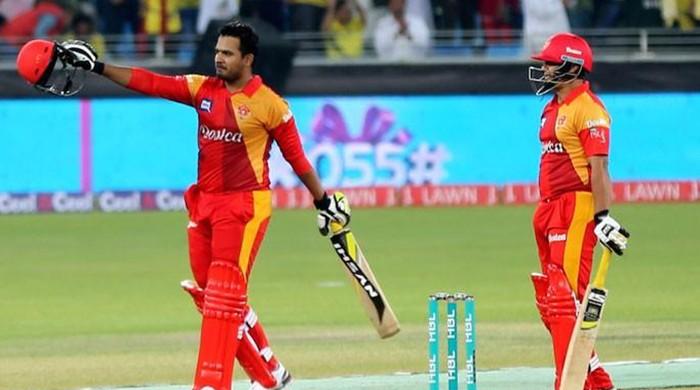 Cricketers Khalid Latif and Sharjeel Khan, who have been accused of spot-fixing during the Pakistan Super League (PSL), have denied all but one allegation against them, according to a report.
According to the report, the two suspended players have only admitted to violating the discipline, saying they had no involvement in spot-fixing. The response which was prepared with the help of a lawyer will be submitted to the Pakistan Cricket Board (PCB) on Saturday.
The PCB had formally charged both the cricketers on Feb 18, under the anti-corruption code. They were suspended after an initial inquiry into an alleged attempt by an international betting syndicate to corrupt the PSL.
On February 24, PCB Chairman Shehryar Khan said both the suspended players had admitted in their official statements that they had met bookies. The PCB chairman, who appeared before the Senate Standing Committee on Inter-Provincial Coordination chaired by Senator Mushahidullah, said Islamabad United players Sharjeel Khan, Khalid Latif and Mohammad Irfan met the bookie named Yousuf during the PSL but did not inform the PCB’s Anti-Corruption Unit (ACU).