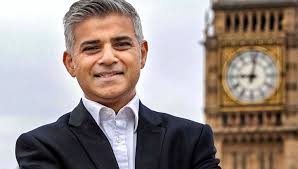 London Mayor Sadiq Khan says Uber has put “unfair pressure” on Transport for London (TfL), with an “army” of PR experts and lawyers.

The mayor says Uber has made “aggressive” threats about taking TfL to court.

On Friday, TfL denied it a new licence to operate in London, citing concerns over public safety and security.

However, Uber says it has followed TfL rules and works closely with the Metropolitan Police.

In a tweet on Sunday, Uber said it would challenge the TfL decision “in the courts to defend the livelihoods of drivers and the consumer choice of millions of Londoners who use Uber”

London Mayor Sadiq Khan, who is also chairman of TfL, defended the organisation: “What you can’t do is have a situation where unfair pressure is brought on a quasi-judicial body, where there are officials working incredibly hard.

While Mr Khan chairs the TfL board, according to the organisation, he was not involved in the process of deciding whether to issue Uber with a licence.

That is handled by TfL’s taxi and private hire department.

Uber is keen to hold talks with officials from that department “as soon as possible”, Fred Jones, a senior executive with Uber in the UK, told the Today Programme.

Mr Jones said that Uber was “not clear” about the issues raised by TfL when it denied the company a licence.

One of the points raised by TfL was Uber’s “approach to how Enhanced Disclosure and Barring Service (DBS) checks are obtained” for its drivers.

That part of the process was not even handled by Uber, said Mr Jones. Instead, the drivers organised their own DBS check and took that paperwork to TfL.

TfL then reviews that application before giving the driver a licence allowing them to drive for Uber.

TfL would not elaborate further on its issue with the way in which Uber organises DBS checks, because that would be likely to come up when Uber appealed against the decision.

It would only repeat that it was Uber’s “approach” to DBS checks that was the problem.

More than 730,000 people have signed an online petition in a bid to keep Uber operating in London after its licence expires on 30 September.