Meera Moving To US or Canada Permanently: HumSub.TV

May 5, 2018 Meera Moving To US or Canada Permanently 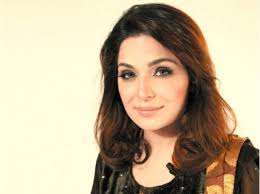 Meera Moving To US or Canada Permanently

Meera Moving To US or Canada Permanently: Pakistani actress Meera has announced on twitter that she is leaving Pakistan. “It gives me a lot of grief to tell my fans that I’ve decided to permanently move from Pakistan to either Canada or US. I’ve set up my home there and I need your prayers,” the iconic Lollywood star tweeted.

She verified the news to media sources as well. She said she will disclose the reason behind this decision later though. “I am moving to Los Angeles permanently. Between Canada and America, I had an option to pick either. But I decided to move to LA.” Meera also said that she has the “green cards of both America and Canada”.

Arrest warrants were also issued for Meera in 2015 on an application filed by her then husband Attiqur Rehman. She made her movie debut in 1995, but earned nationwide critical acclaim in 1999 for her lead performance in Khilona. Meera has also worked in Bollywood films like Nazar and Kasak.

She worked in drama serials and hosted a show in English. Meera remained in highlight due to her scandals during the different phases of her career. She said that worst time for her in this industry was when people started laughed at her and humiliating her for her spoken English.

In 2013 election she announced to launch herself in Pakistani Politics but later she stepped back nominating her mother as candidate for national assembly reserved seat (which her mother lost by taking 100 votes only). after this she announced to build a health trust for which she is still unsuccessful.

We wish Meera all the best in life!!!