Mexican beef exporters look to Muslim markets as US alternatives 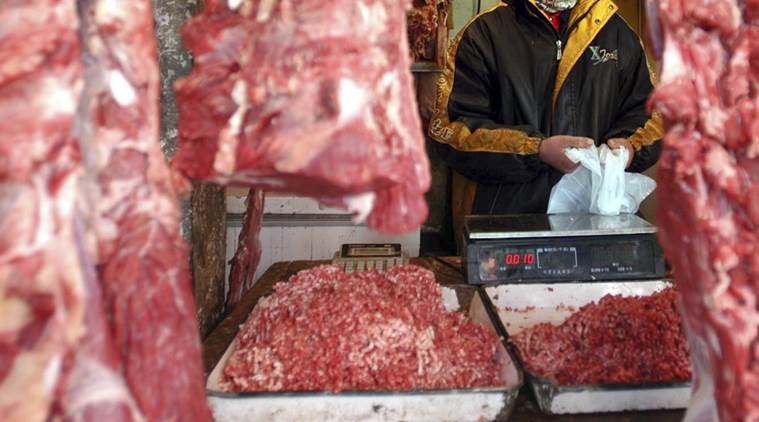 Mexican beef exporters look to Muslim markets as US alternatives

Mexican beef exporters look to Muslim markets as US alternatives: Mexico’s growing beef industry is targeting Muslim consumers in the Middle East for its prime cuts as it seeks to reduce dependence on buyers in the United States.

The potential for a US-Mexico trade war under President Donald Trump has accelerated efforts by Mexican beef producers to explore alternative foreign markets to the United States, which buys 94 percent of their exports worth nearly $1.6 billion last year.

Trump has vowed to redraw terms of trade with Mexico and Canada to the benefit of the United States. Mexican beef companies fear they may be dragged into a renegotiation of the North American Free Trade Agreement (NAFTA) between the three countries. That has firms looking to the Middle East, where most meat is imported from non-Muslim countries using animals slaughtered by the halal method prescribed by Islamic law.

Mexico – the world’s sixth biggest beef producer – plans to quadruple exports of halal beef to 44 million pounds by the end of 2018 from 11 million pounds this year, according to data from the Mexican cattle growers association AMEG.

The country should have 15 plants, up from a current six, certified to produce halal meat by the end of next year, according to AMEG data.

Jesus Vizcarra, chief executive and owner of SuKarne, Mexico’s biggest beef exporter, said his company sees big potential for sales to Muslim-majority countries. “We have to seek out more markets,” he said in an interview, pointing to near-term targets in Egypt, the United Arab Emirates, Qatar, and Lebanon.

“There’s an opportunity in these Middle Eastern countries,” said Vizcarra, who is known in Mexico as the King of Beef and has boasted of being born in a slaughterhouse.

At SuKarne’s sprawling Monarca plant, located 435 kilometres west of the Mexican capital in Michoacan state, more than 150,000 cows leisurely pick at row after row of grain channels in dusty feedlots.

The plant is the company’s first halal-certified facility and began its first-ever shipments to Muslim markets earlier this year.

“They left with a very good taste in their mouths regarding Mexican production systems,” he said.

Plants must be certified as halal compliant by third-party companies such as US-based Halal Transactions of Omaha or UAE-based RACS.

Earlier this year, Indonesia, the world’s most populous Muslim country, expressed interest in buying Mexican beef for the first time although no deals have yet been cut.

Sales to Muslim countries would take a bite out of the market share for halal meat held by beef packers from the United States and Brazil, according to industry and trade sources.

Mexico’s beef industry is able to grow its export markets due to a successful push to meet exacting US standards and modernise the sector over the past two decades.

That has put Mexican packers in a strong position to diversify away from the US market.

“It was our big strength until President Donald arrived, and now it’s our major weakness,” said Bosco de la Vega, president of Mexico’s state farm council, adding that Mexico should limit beef exports to the United States to a maximum of half the overall flow.

Russia is considering buying large volumes of Mexican beef, and Mexico is also seeking to expand shipments to existing buyers like Japan and South Korea.

“We’re on the path of diversification,” Mexican Agriculture Minister Jose Calzada recently told reporters. “And we won’t stop because these occasional insults from the United States toward Mexico have opened our eyes.”