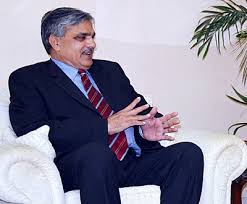 Minus Nawaz formula will never be acceptable to the workers of Pakistan Muslim league-Nawaz along with the people of Pakistan and those who wish to see that should learn lessons from the history said Federal Minister for Kashmir Affairs and Gilgit-Baltistan Barjees Tahir.

Tahir had visited London for a couple of days in order to meet the former prime minister Nawaz Sharif. The former Prime Minister has been London for weeks because of his wife’s surgery. On Friday, Barjees Tahir met the former premier at Hasan Nawaz Sharif’s office for an hour and exchanged views with him. Barjees Tahir’s son Sakib Barjees and the PML-N UK’s senior vice president Nasir Butt were also present in the meeting.

After the meeting Barjees Tahis had said that he had inquired about the health of Begum Kulsoom Nawaz from the former premier and conveyed Mr Nawaz the message that his supporters are behind him at this hour of need.

Barjees Tahir said: “Begum Kulsoom Nawaz is a role model for Pakistan’s political activists. She stood gallantly against the dictatorship of Pervez Musharraf and suffered a great deal, she is a democracy icon because she fought for democracy and was persecuted for it. We all have huge respect for what she did for the restoration of democracy in the worst of times. I have come to London to pay homage to her role, I remember how she inspired us all not to be scared off by the persecution we all faced from Pervez Musharraf.”

Barjees Tahir said it’s a known fact now that Nawaz Sharif has been disqualified out of revenge and what happened in the name of accountability is the mockery of justice. “Nawaz Sharif stands vindicated in the eyes of Pakistani people. So much fuss was created about the Panama case to oust Nawaz Sharif but nothing was found against him in the Supreme Court. There is not even an allegation of corruption of public funds. He has been ousted on the basis of an Iqama and that has humiliated the respect of vote and democracy has been insulted. Supporters of Nawaz Sharif are fully aware that their leader is sadiq and ameen and that what happened to him is an injustice.”