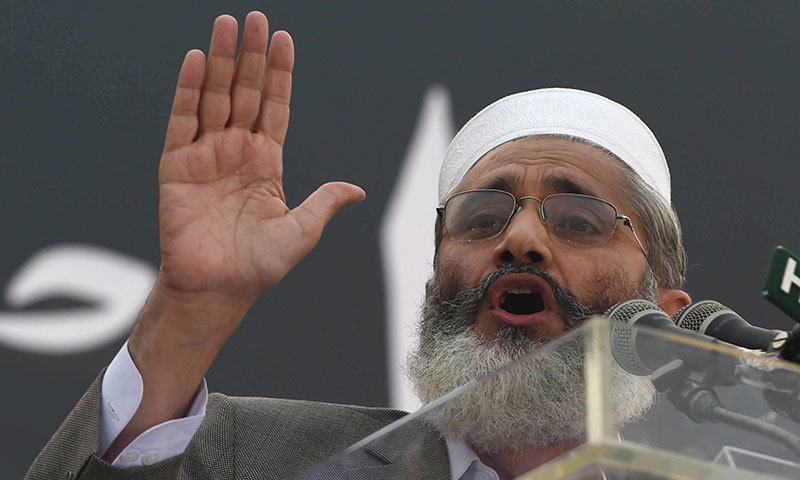 All records have been broken in Karachi. Jamaat-e-Islami Amir Sirajul Haq grieved over 400 deaths during 118 police encounters and there is no one to hold the criminals responsible.

While talking to the media in Sohrab Goth after condoling with the family of Naqeebullah Mehsud, a young man who was recently killed during a police encounter, he said that Naqeebullah was a peaceful citizen and had no connections with any terrorist organisation. He further added, “His only fault was that he belonged to a tribal area. The Pakistan Army had also given him a certificate of [being] a peaceful citizen.”